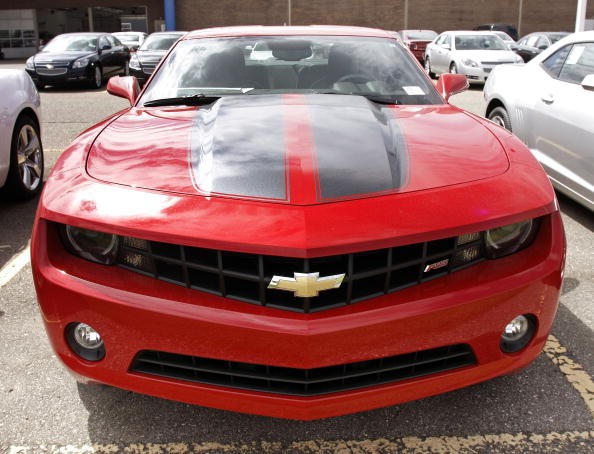 January 27, 2021 — A Chevy Camaro airbag recall allegedly should have been issued because the front passenger airbags allegedly deactivate even when adults are in the seats.

That claim is found in a class action lawsuit that involves 2010-2011 Chevrolet Camaro cars leased or purchased by all consumers in the U.S., other than in California.

GM allegedly knew in 2009 that a Chevy Camaro airbag recall was needed, but the automaker allegedly ignored what it knew about problems with the front passenger presence sensor (PPS) pads.

The Camaro class action alleges the pads are prone to tear, causing GM to issue an alert to the seat supplier in 2009, and a redesigned PPS pad was allegedly introduced about September 2010.

Virginia plaintiff Edward Jackson purchased a new 2011 Chevrolet Camaro in January 2012 but says he wouldn’t have purchased the car if he would have known the passenger airbag would malfunction in May 2019.

Jackson says the airbag light illuminated and the airbag on-off indicator read OFF when an adult passenger was in the seat.

The plaintiff says he took the Camaro to a GM dealer in November 2020 and paid $163.86 to have the problem diagnosed. The Camaro allegedly exhibited DTC (diagnostic trouble code) B0081 which caused the dealer to recommend replacing the PPS seat pad sensor and module at a cost of $1,799.00.

Jackson says he balked at the price and the service representative allegedly suggested the parts be purchased online.

The plaintiff says he purchased the parts for $667.55 and had a local mechanic perform the installation for an additional $300. The Camaro airbag lawsuit alleges the old PPS pad (part no. 92225722) indicated a tear in the sensor circuit where the plastic push pins/retainers were pressed into the seat frame.

The plaintiff claims this is the same problem GM talked about in a September 2010 technical service bulletin (TSB).

“A customer may comment the SIR light is on. The technician may find DTC B0079 SYM08 or B0080 SYM08 set as History Codes in the SDM [Sensing and Diagnostic Module]. These codes set due to a Driver or Passenger Seat Position Sensor invalid signal. This could be caused by a fault threshold level in the SDM programming that may be too sensitive. Engineering is aware of this concern and working toward a fix.” – TSB PIC5281

“Some customers may comment that the airbag readiness light (SIR) is illuminated…When diagnosing this condition, the technician may find DTC B0079 SYM08 or DTC B0080 SYM08 stored in the SDM. This may be caused by a calibration issue with the SDM.” – TSB 10-09-41-001B

“Some customers may comment on the SIR/Airbag indicator/light on in the instrument panel cluster (IPC). Upon further investigation, the technician may find DTCs B0074 and B0081 set.”

General Motors allegedly should have recalled the 2010-2011 Chevrolet Camaros because the PPS pads and modules should last the lifetime of the cars.

Shelby GT350 Drag Races Chevy Camaro SS, Both Tuned Out of Their Minds

Check Out These Iconic Classic Sports Cars Rendered As 2021 Models

‘It’s become a part of who I am’: How a hobby turned into a Hot Wheels collector’s passion