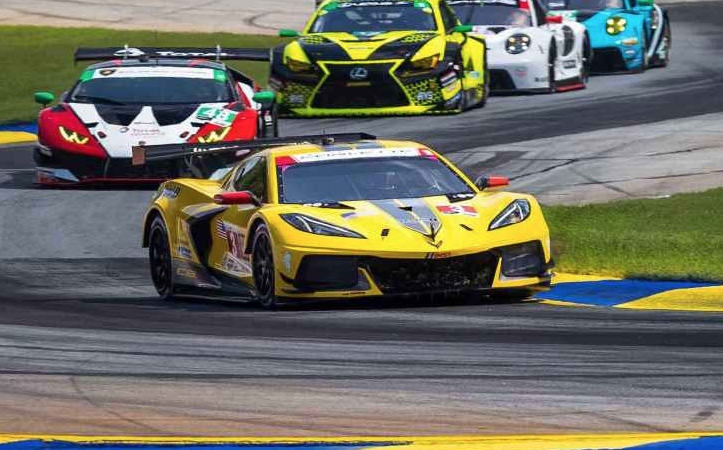 General Motors is undergoing yet another bit of internal restructuring this week, as Director of Motorsports Competition Mark Kent has been shuffled over to the expanding GM Defense program. The move comes shortly after the automaker reassigned their team of lead Corvette engineers to the company’s growing EV and autonomous vehicle programs. However, racing fans can take some solace in the fact that a former Chevy Camaro vehicle dynamics engineer will be taking over the helm.

According to a report from Motorsport.com, Kent’s transition to his new role as Director of GM Defense Facility Operations has resulted in two new hires for the General’s motorsports program. Mark Stielow, who Chevy Camaro fans are likely familiar with, has just been assigned to be the Director of Motorsports Competition Engineering. This title will see the former vehicle dynamics engineer and project manager oversee the company’s engineering and involvement in series such as NHRA, IndyCar, and IMSA.

Mark Stielow was integral in calibrating the highly praised vehicle dynamics of modern Camaros. He was integral in the development of the legendary fifth-generation Camaro Z/28 program. Stielow is also a godfather of the pro touring movement – particularly when it comes to the Chevrolet Camaro. And when he’s not busy with his day job, he can be found restoring classic GM muscle cars with modern performance upgrades.

GM has also gone out and hired Dr. Eric Warren from Richard Childress Racing, who will now act as Director of NASCAR Programs. Warren will be responsible for the competition duties of GM’s NASCAR teams, as well as improving their overall production integration and technical strategies within the sport. Warren will also take the helm of GM’s new racing and performance center in Concord, North Carolina.

It isn’t all that surprising to see movement within a company as big as GM. However, some of the moves that have been made as of late have been concerning to fans of sports cars and performance. The original plans for the seventh-generation Chevy Camaro have been scrapped, GM and moving the Corvette engineers to a new department was a strong statement. At least with these two hires, we know that General Motors is still committed to winning on the road course and on the speedway.

What We Love And Hate About The Camaro: More Than A Muscle Car

That’s a Wrap! How Tyler Reddick’s No. 8 Camaro Went from Blank Canvas to Race-Ready