The Yenko Camaro Is Back, and It’s a 1050 HP Brute
Camaro News Team
This post was originally published on this site

Beginning with the Camaro’s launch in 1967, Pennsylvania Chevrolet dealer and racer Don Yenko produced some of the most wicked versions of the model ever made. Because GM would not fit an engine larger than 400 ci into its new sports car, Yenko ordered SS Camaros from the factory, removed their engine and stuffed a 7-liter 427 ci V-8 under the hood. That’s how the Yenko legend was born. Yenko Chevys—Camaros, Chevelles and even Novas—were the most feared American muscle cars back then, and are among the most desirable ones from that era today.

Keeping the legacy alive, New Jersey–based Specialty Vehicle Engineering launches its 2021 Yenko/SC Stage II Camaro, a chip off the old Camaro block and a car that is reminiscent—down to the rear-fender graphics—of the original. But instead of Chevy’s 450 hp, L72 V-8 from the 1960s, the latest Yenko to wear a bow tie is powered by a custom-built 416 ci (6.8 liter) supercharged LT-1-based V-8 engine mated to a six-speed manual transmission. Output is a staggering 1,050 hp with 875 ft lbs of torque, sure to impress even the most jaded performance junkies. 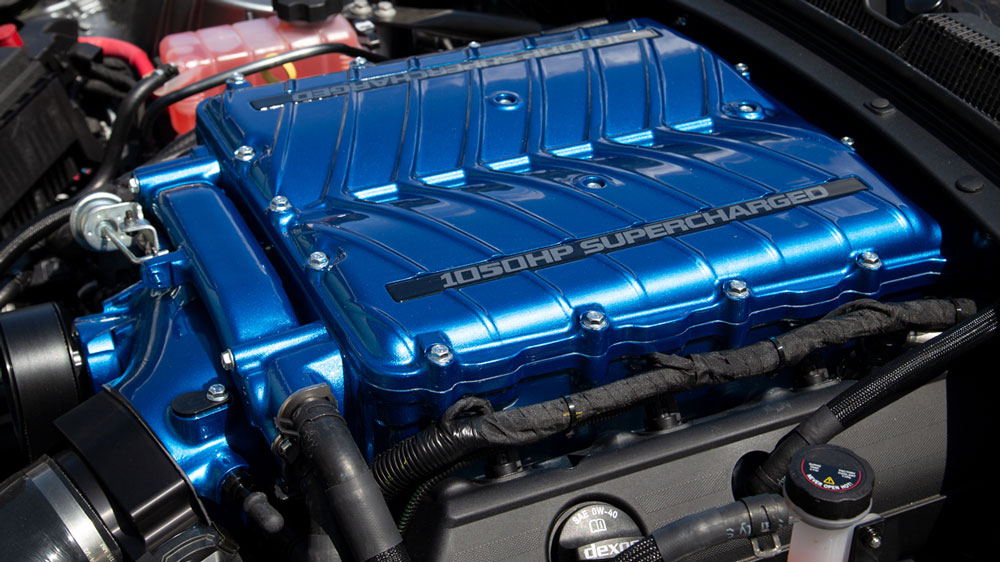 The enhanced version of the model can be based on either a showroom-stock Camaro 1SS or 2SS, equipped with the 1LE Track Package option, which includes Magnetic Ride Control, electronic limited-slip differential, performance-tuned suspension (with unique bushings, springs and stabilizer bars) and a heavy-duty cooling system. The latter includes engine oil cooler, dual outboard radiators, a transmission cooler and a rear differential cooler.

The joyride stops with Brembo brakes—six pistons in front and four at the rear. For a touch of nostalgia, Torque Thrust–style wheels recall the original American classics. And aerodynamic enhancements include a rear spoiler while, inside, Recaro sport seats keep everyone in place when the supercharger spools up. 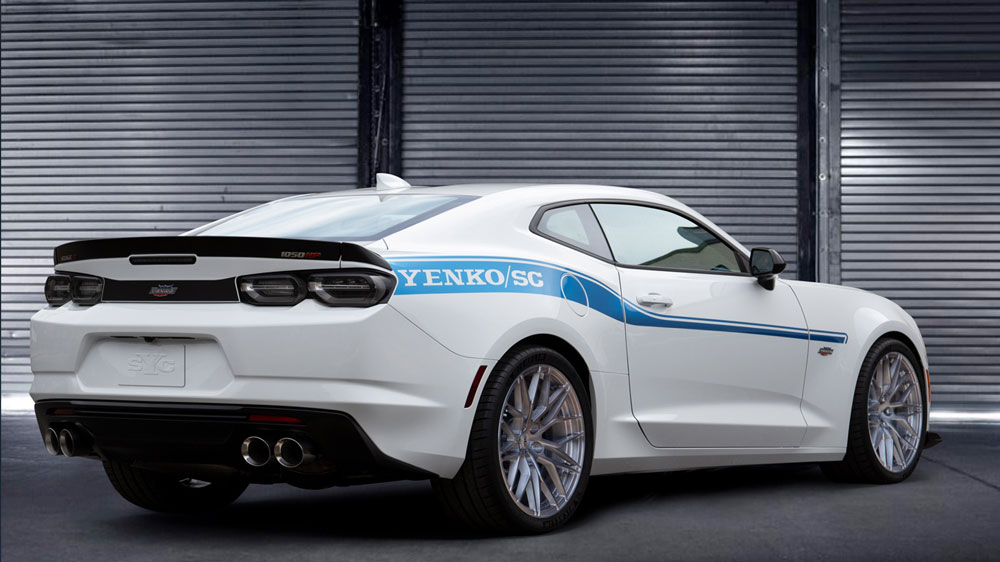 Only 50 examples will be made. Photo: Courtesy of Specialty Vehicle Engineering.

Specialty Vehicle Engineering, a Second-Stage Vehicle Manufacturer and Tier One Supplier to GM, is the exclusive builder of the current generation Yenko supercars, which are ordered through authorized Chevrolet dealers. The Yenko/SC Stage II Camaro package is priced at $69,995, which is in addition to the 1LE-equipped Camaro’s approximately $45,000. A total of 50 numbered examples of the car will be given the tuning process.

What We Love And Hate About The Camaro: More Than A Muscle Car

That’s a Wrap! How Tyler Reddick’s No. 8 Camaro Went from Blank Canvas to Race-Ready