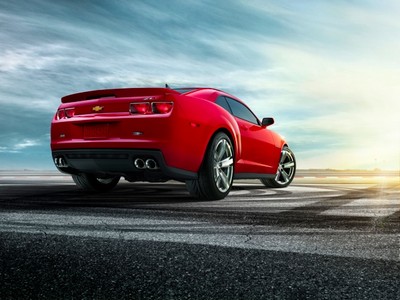 *Our friends at Camaro5150 made us aware of their post, thanks Jason & Scotty!  See what people are saying about this post by clicking the 5150 link below.

A couple of weeks ago, there was announcement made that the production and shipping of the new Camaro ZL1 was put on hold for unspecified reasons. Now, we have a few more details on this delay, and we can ensure you they are not good at all.

Autoblog tried talking to Chevrolet spokesman Monte Doran in order to obtain more details on the production delays and Doran was less than useful on what the “real” issue is, but he did confirm that GM will solve it in a matter of weeks, not months as originally thought.

He said that “a couple of hundred” 2012 ZL1 models were produced and only one had been delivered to the customer. However all models are now back at Chevrolet’s Oshawa, Ontario plant awaiting the fix. This means that the for the 2012 model year, GM will only deliver the models already built and that all the others will be offered as a 2013 model.

The company’s main focus at this point is to “get the car right” so that customers are satisfied with the end product.
Posted on 03.21.2012 17:00 by Simona , From topspeed!

Camaroscotty suspects the Hood Insert, because of a previous constraint that also returned at the stoppage of production! Although not confirmed …… Camaroscotty!

A few weeks back we brought you news that GM had halted production of the 2012 Chevy Camaro ZL1 for a “routine quality assessment.”

When pressed for specifics, GM spokesman Monte Doran would only comment that, “We may have found a potential issue that we want to resolve.”

Autoblog has again reached out to Doran, who advised that a resolution is forthcoming and that deliveries should resume “in weeks, not months.” Doran wouldn’t comment on the cause of the production halt, which still has Chevy dealers unable to accept customer orders for 2012 Camaro ZL1 models.

At the present time, all Camaro ZL1s previously built (including the one that had mistakenly been delivered to a customer in Texas) are back at GM’s Oshawa, Ontario, Canada plant awaiting the pending update, be it software or mechanical.

While customers awaiting delivery of their 2012 Camaro ZL1s aren’t pleased with the ongoing delay, there may be a silver lining to this particular dark cloud. If the production halt goes on much longer. GM is likely to resume Camaro ZL1 production with 2013 models, not 2012 models.

Those lucky enough to have orders in the system for 2012 Camaro ZL1s could eventually take delivery of a very low production automobile, and in the world of collector cars, low production often translates into high value. That’s little consolation for buyers with an empty garage space today, but it may be good news in a few years.

Production of the 2012 Chevy Camaro ZL1 is not back on tracks after it was halted a few weeks back for routine quality assessment.

“We may have found a potential issue that we want to resolve,” said GM spokesman Monte Doran. He assured reporters that a resolution is forthcoming and that delivers will begin in a few weeks time, not mentioning the cause for the production halt, which still has Chevy dealers unable to accept customer orders for 2012 Camaro ZL1 models. All the previously built Camaro ZL1s are back at the factory in Oshawa, Ontario, Canada for the software or mechanical update. The ZL1 was scheduled to be launched this spring, but with this delay the model is looking at an unusually short model year. Doran says GM hopes and expects that when production does resume that it will do so with 2012 models, but he admits that depending on timing, it’s possible that Oshawa could transition directly to 2013 model year builds. The vehicles already built will be delivered as 2012 models and dealers have been told not to accept any further orders of this model.

10 Pickups That Are Faster Than A Muscle Car

Trans Am set to add to Brainerd heritage

When Camaro got rad: The IROC is the big dog, but the ’80s Z/28 remains affordable

Adams County Deputy hit by car on I-172