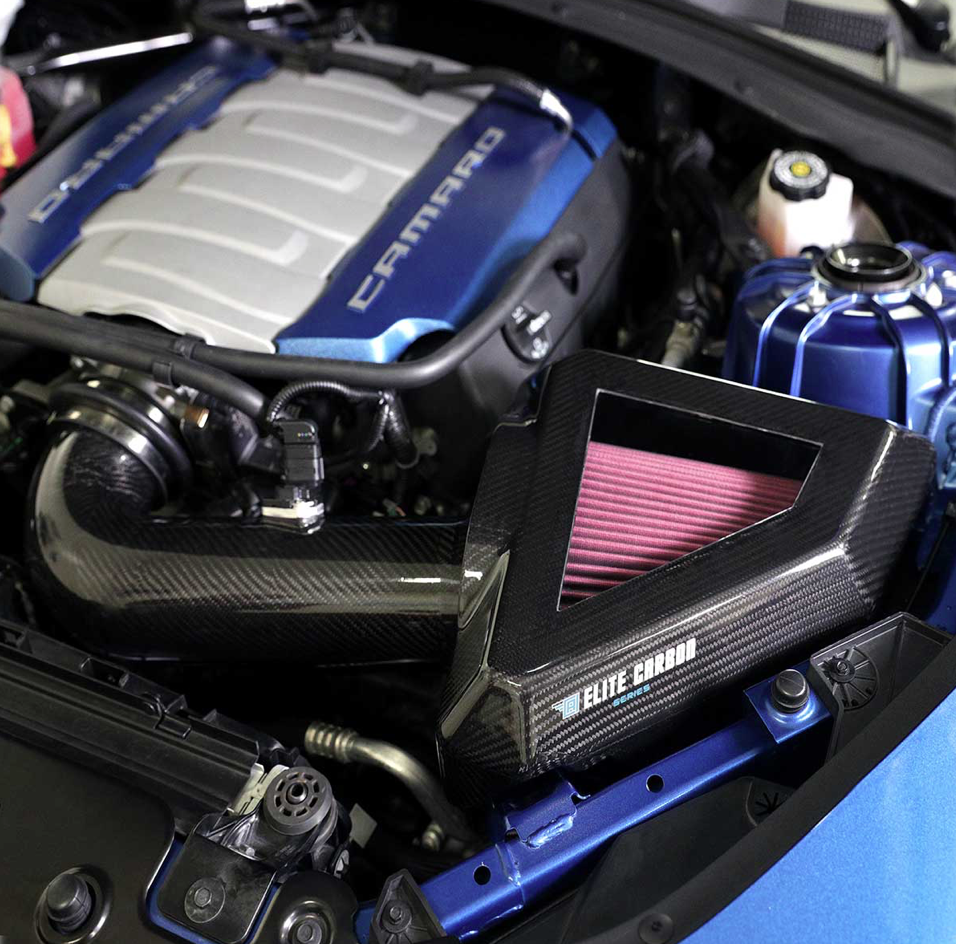 CamaroNews-  This month Cold Air Inductions from Michigan dropped a awesome surprise if your a 6th Gen Camaro Owner. You ask what did they come up with now, the Elite Carbon Series CAI. This beautiful put together piece with most extensively developed bolt-on cold air intake system on the market. With carbon fiber used to create all the major parts except the filter of the system, it provides optimum strength to weight, corrosion resistance, and heat dissipation. With the most advanced system offered by Cold Air Inductions, every part has been engineered and tested for maximum performance improvements. Dyno proven in every aspect, the Elite Carbon Series has been built to the highest level of detail and specifications. This looks to be a major score for you carbon fiber guys & Gals! 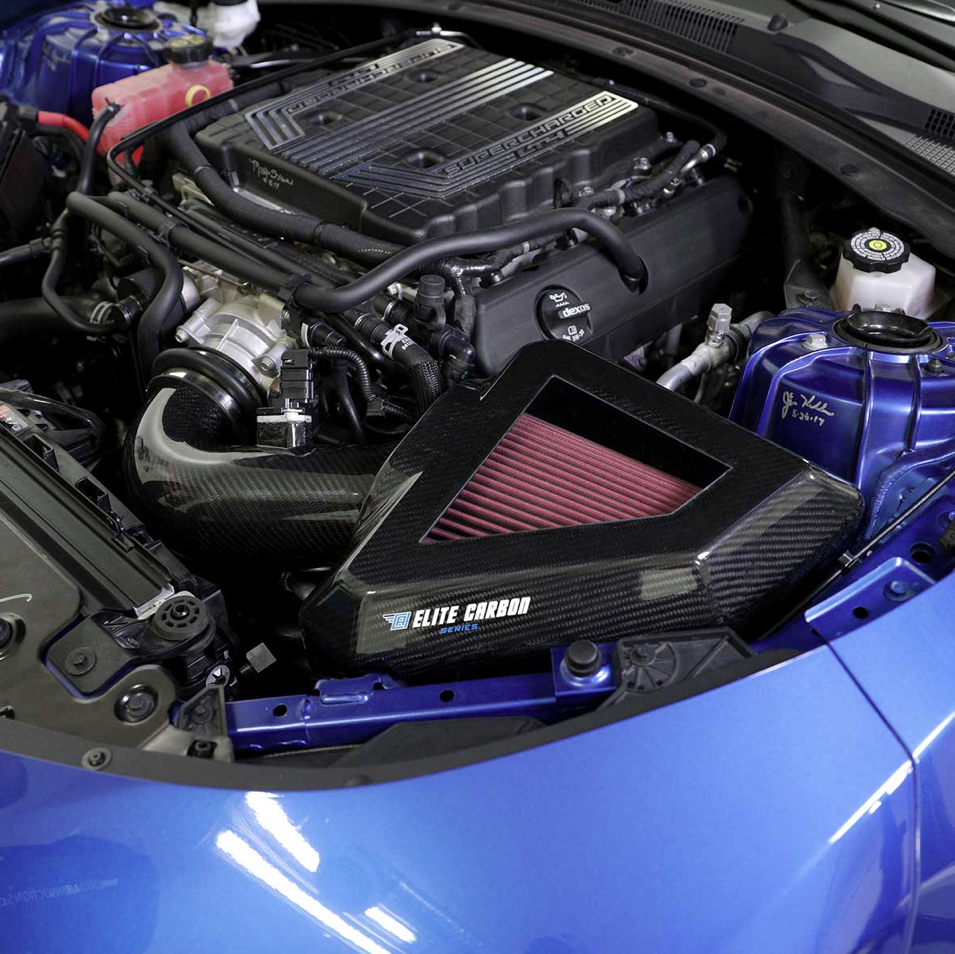 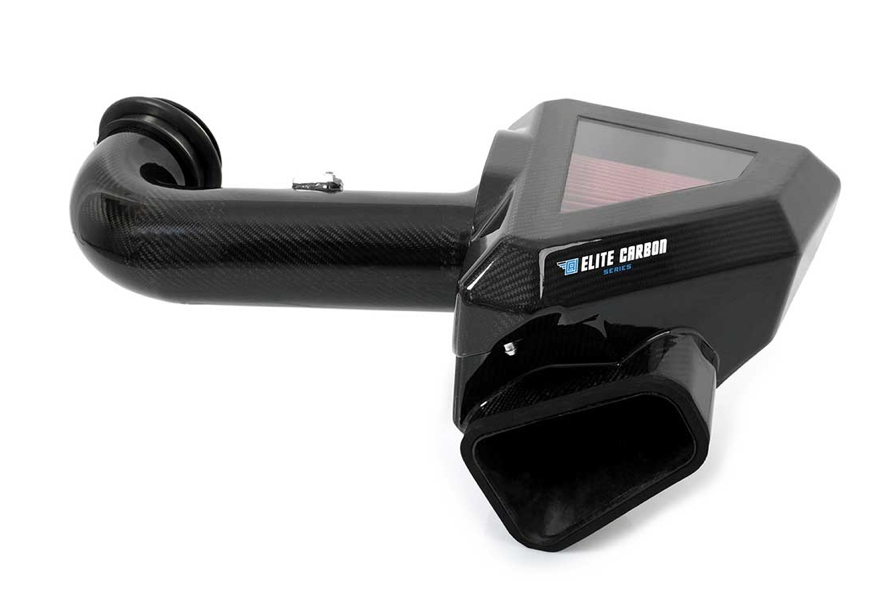 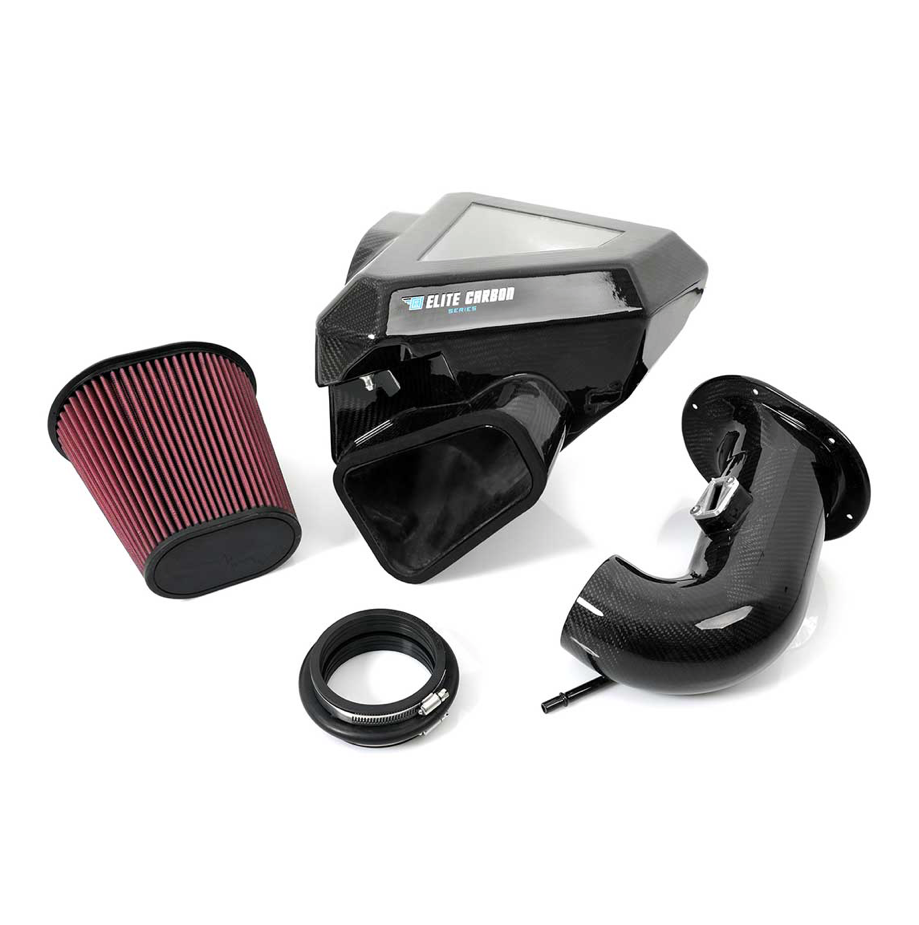 This system looks very promising and we have provided the two links below if any of our CamaroNews fans want to check them out or buy one!