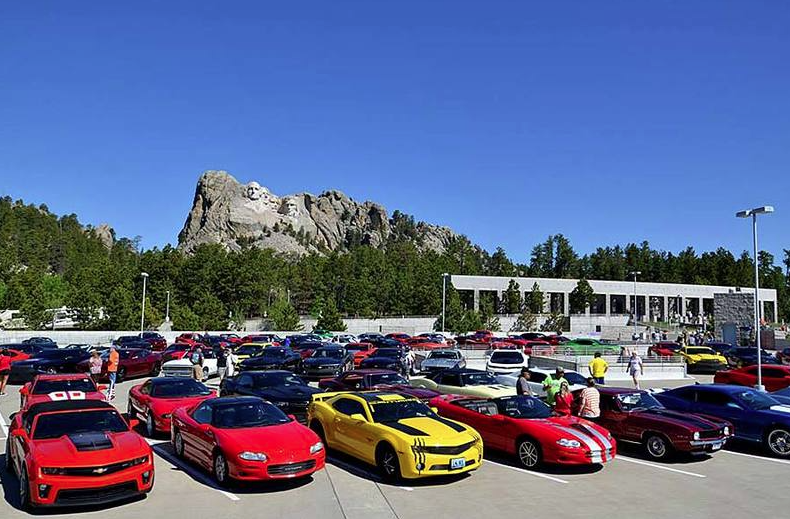 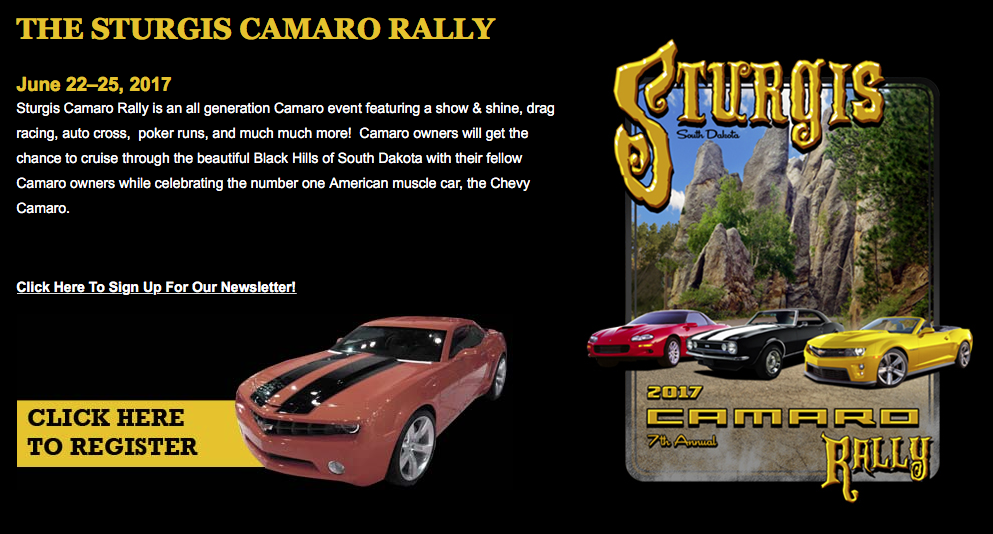 Summer in Sturgis kicks into high gear at the 7th Annual Sturgis Camaro Rally that runs June 22th to June 25th, 2017 and delivers something for everyone. This event is all about Camaro’s – from the vintage 1967 Camaro to the newly released 50th Anniversary Edition. You won’t want to miss seeing the sights in the Black Hills on various poker runs, drag racing at Sturgis Dragway, sliding around corners at the Autocross, or the big “Show-and-Shine” on Main Street. The Sturgis Camaro Rally which is rapidly expanding will host more than 300 cars with enthusiasts from coast to coast and even our neighbors in Canada, showing off their Chevy rides and gathering with fellow Camaro fanatics.
The action begins Thursday morning with registration at Iron Horse Saloon and then the White’s Queen City Poker Run through the Black Hills to take in the sights. After a full day of driving we take some time to visit with old friends during the Knuckle Mixer & Pub Crawl and end at The Loud American Roadhouse for more entertainment.

Friday starts off with a complimentary breakfast at The Knuckle Saloon for all rally goers and then it’s off to the RainGear Wiper Systems Autocross event at the Buffalo Chip to test our ability in maneuvering through the road course. Following the Autocross everyone will make their way to Sturgis Dragway for some Camaro only drag racing during the Dale’s Tire & KEVN Black Hills Fox Drag races.
On Saturday One-Eyed Jacks Saloon will be open for breakfast, to serve all the early risers cleaning their cars and the spectators wanting to start out their day with a tasty breakfast. Then one of the busiest and most popular events will start, the Loud American Show will be from 11am to 2:30pm Saturday June 25th, on Main Street of Sturgis. All of the cars are placed in classes depending on year and will be judged based on cleanliness, workmanship and styling. 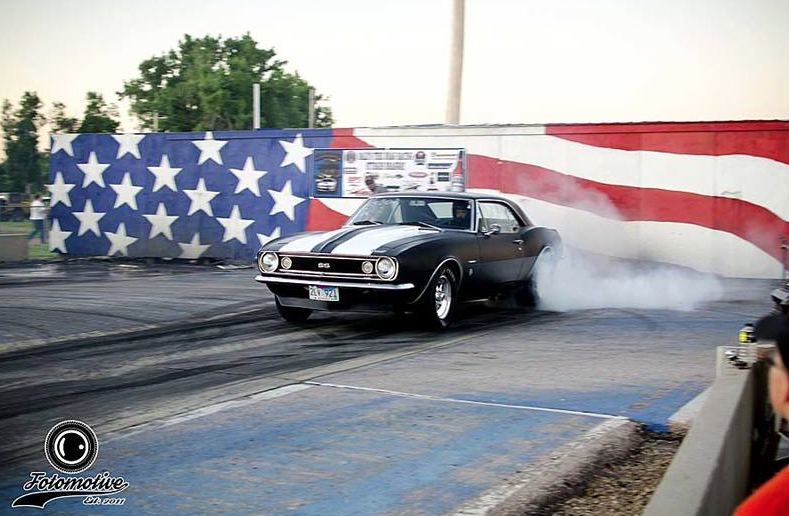 Stick around Saturday afternoon to catch the Loud Pipes contest in front of the Loud American Road House as all of the Camaro’s leave on the KSKY& ESPN- Rapid City parade on into Whitewood SD. In addition vendors with assorted Camaro apparel and accessories will be set up along Main Street during the Show and Shine as well as out at the Friday Autocross event to deck out you and your Camaro.
For more information on the rally go to www.sturgiscamarorally.com

Matt Hartford: ‘We have a car that can run for the championship—bar none’

The Chevy, for your entertainment

This 1968 Chevrolet Camaro Z/28 Was Left To Die, Gets Second Chance