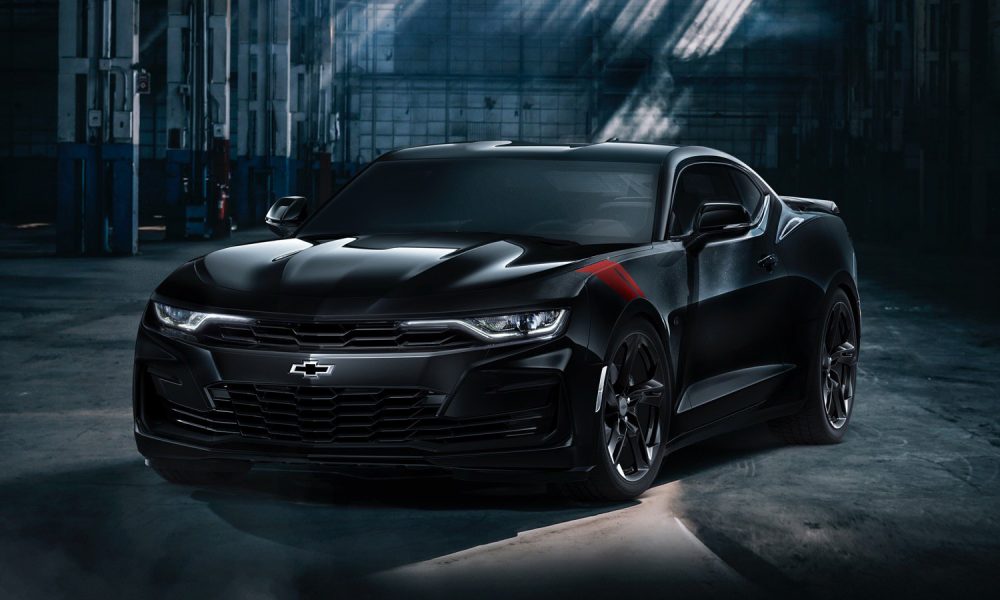 CamaroNews – Along with an official announcement of the Chevrolet Camaro Shock Edition for the Russian market came the reveal of a unique and limited edition model: the Camaro Black Edition. The North American market is expected to get the 2020 Camaro Shock And Steel Special Edition, along with a revised fascia, but judging by the GM Fleet Order Guide, there’s no immediate signs that the Black Edition will sell in its homeland.

Not only is the Camaro Black Edition reserved for Russia, but there will also be only 20 of them. Pricing will start at around 3,315,000 rubles, or $51,979 USD based on today’s conversion rates.

Despite the looks of the 2019 Camaro SS, under the hood is simply the base engine: a 2.0L LTG turbo four-cylinder engine mated to an eight-speed automatic. 0-60 is good for 5.9 seconds, but that price tag exceeds a Camaro SS 1LE in the American market. Yikes.

So, the Camaro Black edition is not exactly good looking, it doesn’t have the LT1 V8 engine to compensate, and it’s expensive. Maybe it’s a good thing only 20 will be made. At least the photo shoot appeared to be cool.

For the 2020 model year in the North American market, the Chevrolet Camaro is far more interesting. Finally, customers will be able to access the mighty 6.2L V8 engine, which is good 455 horsepower, at a lower price than before, thanks to the addition of the LT1 trim level. The 2020 Camaro LT1 will also wear the fascia of the V6 model, and slot below the Camaro SS in the vehicle hierarchy. It will start at $34,995. Meanwhile, the 2020 Camaro SS loses the controversial face of the model year before it, and dons the look that was originally teased with the Camaro Shock Edition concept during SEMA 2018.

As discovered by Muscle Cars & Trucks, the sixth-generation Chevrolet Camaro is expected to run its course by 2023. Additionally, a Z/28 was initially planned for the vehicle, but died on the vine.