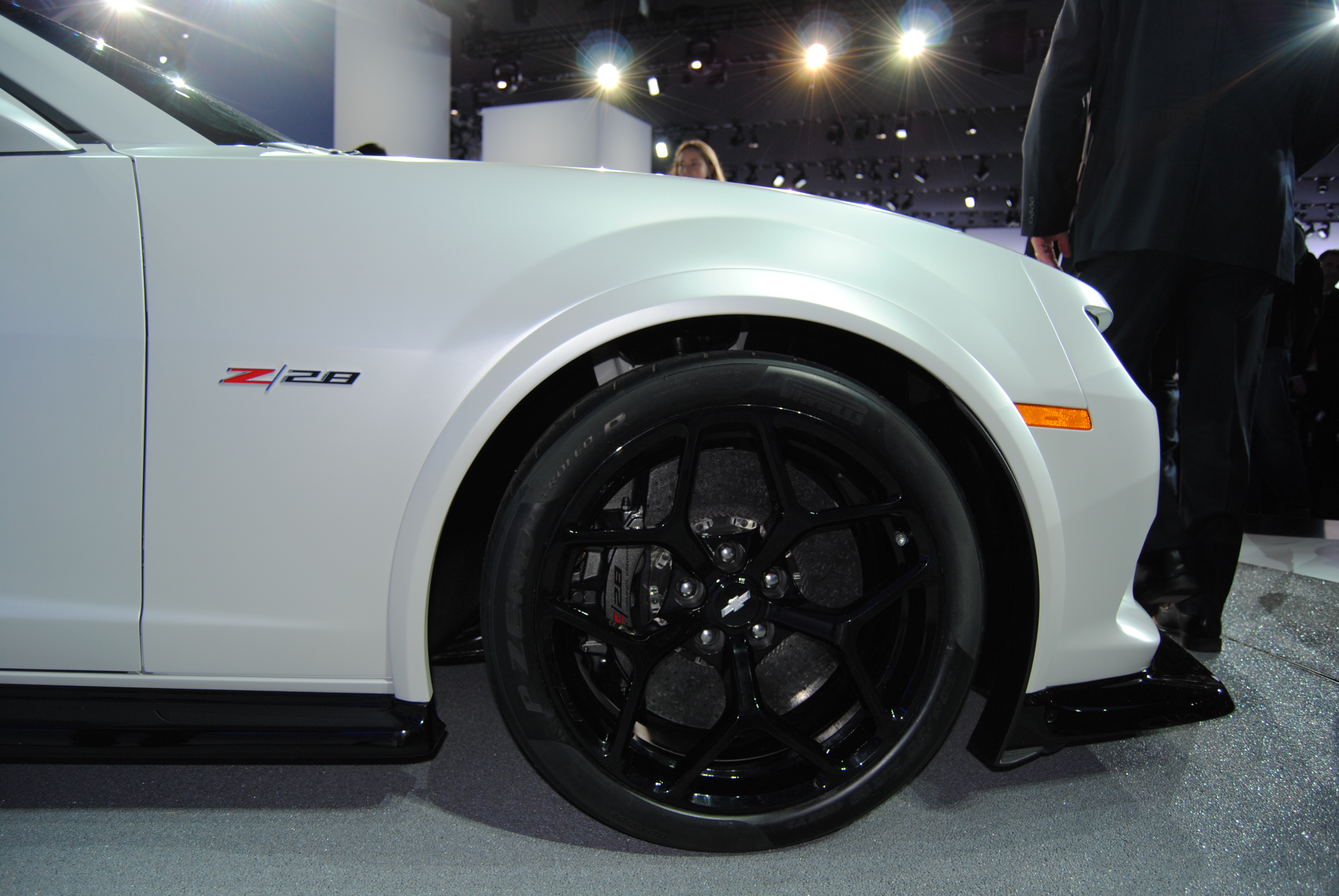 Hey all, As some of you may know i was chosen as one of 50 special selected Camaro enthusiast to take part in press day at the New York Auto show. First off i want to Thank Al,Scott and Team Camaro for inviting me to this event, it was truly a honor to be there and i will never forget it for the rest of my life.

Soo where were you on 3/27/13?? I was sitting at the end of the end of the 3rd row in the chevy display were all the press were sitting. I was 1 row away from Ed Welburn, Mark Reuss and many other engineers and designers…..I thought i just was going to see the 2014 camaro redesgin and some other chevorlet products but i was wrong….it started with this lady coming around and giving earplugs out…i said to myself they are probobly going to rev the engines and dont want your ear drums to go dead…..they actually gave them out because at live reveals the noise of the speakers blasting all the sounds of the chevorlet video clips is soo loud. We watched Mark talk about chevorlet and they brought out the SS seadan and then the corvette vert then the 2014 camaro i figured thats it….then Mark says the words i will never forget “we have something very special to show you” I take a gulp of air and immediately smell fuel and have goose bumps. We watch the clip of the white camaro reving the engine then the image of Z/28 comes up, they roll the car out and the crowd goes wild (see video) It was great and the car looked fantastic……he then invites us to come on stage and look at the car and get some pics…i sprinted to the stage (almost got trampled) and took 400pics of the Z28 i had a great spot right up front with cameras and people surrounding me. Soo enfough about me lets talk about the car.

First i would like to say when i saw pics of the rear and front i hated it. I can now proudly say after seeing the car in person it looks fantastic and very aggresive. The lights are leds in the rear they did change the headlights and that color as shown on the Z/28 will not make it to production as of now…..also the color on the 2014 camaro ss model is new and looks killer in person! I then sat in the long anticipated recaro seats and man were they comfortable, they wraped around your body soo well you can not move around when going into a corner at 150mph……now the best part under the hood a LS7 that sounds awesome and is very powerful the engine bay looks very neat and clean and everything flows well. The exterior of the car is my favorite part with a new front splitter and a larger rear spoiler that puts alot of downforce when you are on the track or even on the highway. Now to the SS coupe the one thing that i love the most is the new Rs headlights….you might not be able to tell but they put the word CAMARO inside the turn signal section of the headlight. I also love the new tailights they are bright and will be very recognizable when you pull up behind the new camaro. One thing that cought my eye when i was talking to scott i looked under the car and they painted the exaust cans black and they blend into the car much better now.

After the show Team camaro invited us to dinner and i got to sit with Mark dickens and Lerick Chissus 2 very important eginners at gm that are on team camaro i got a wealth of information about the Z/28 and other stuff. Mark said he drove one of the first Z28’s and he said it handles great and there is plenty of power….I hope eveyone enjoyed the surprise yesterday! Here are some pics 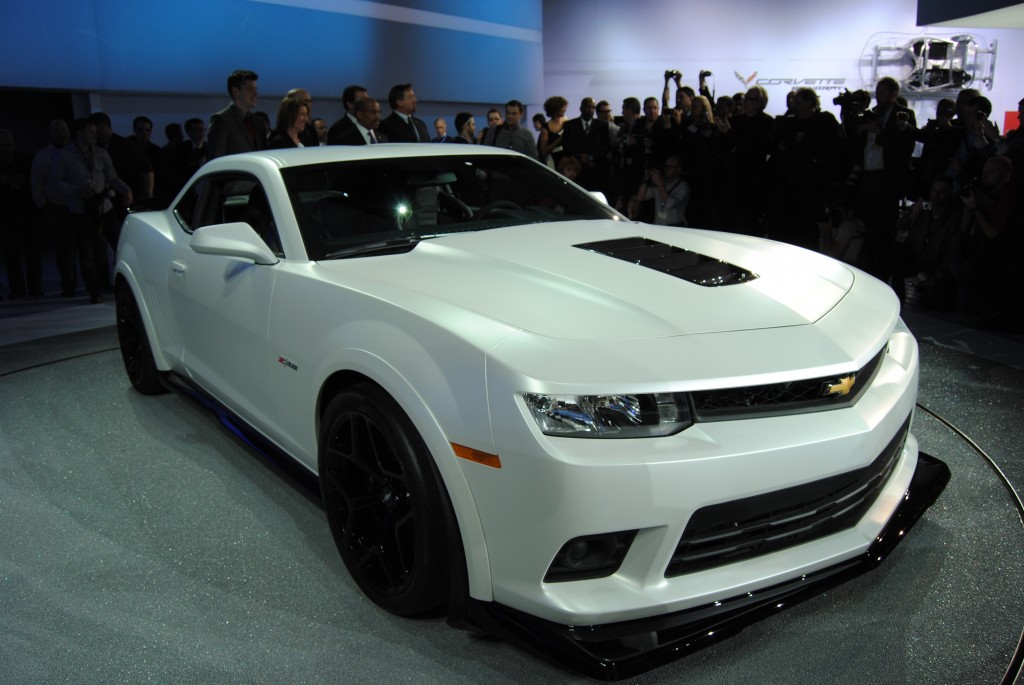 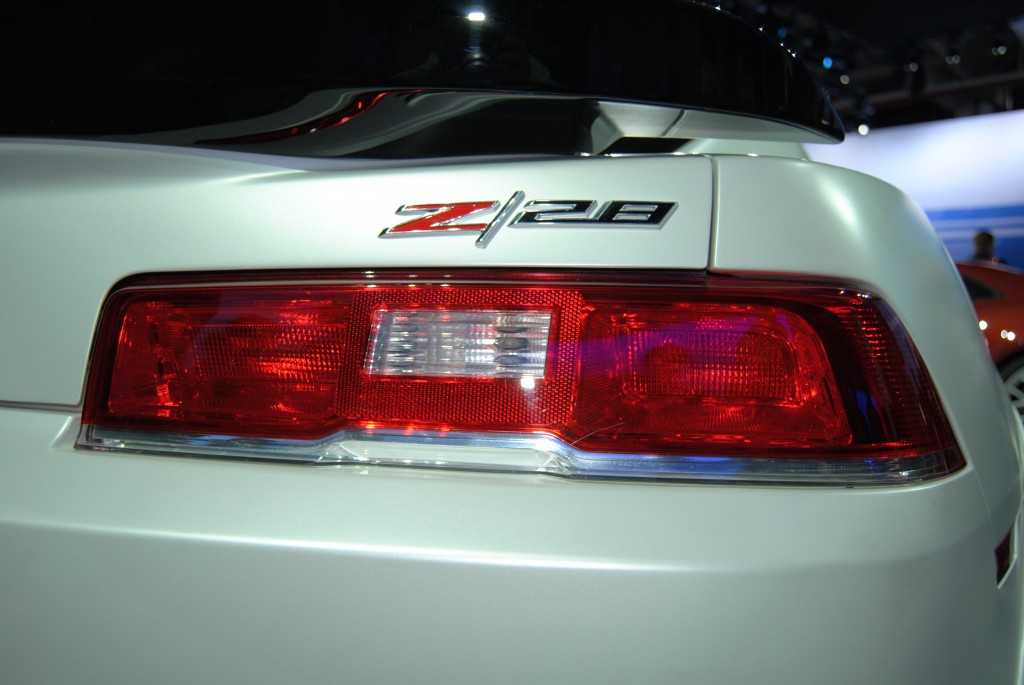 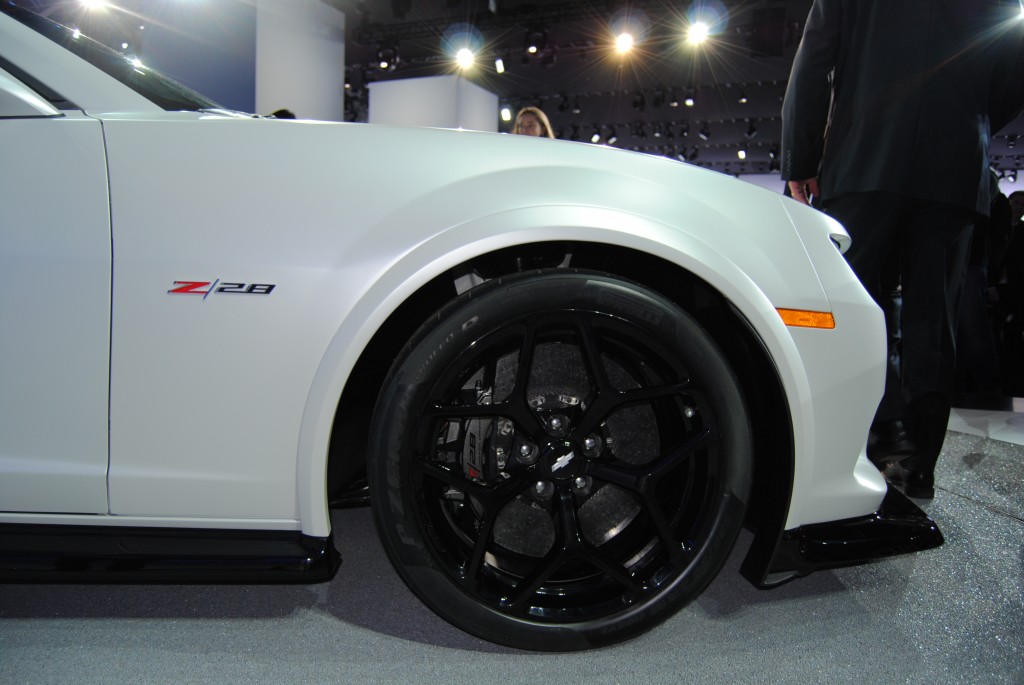 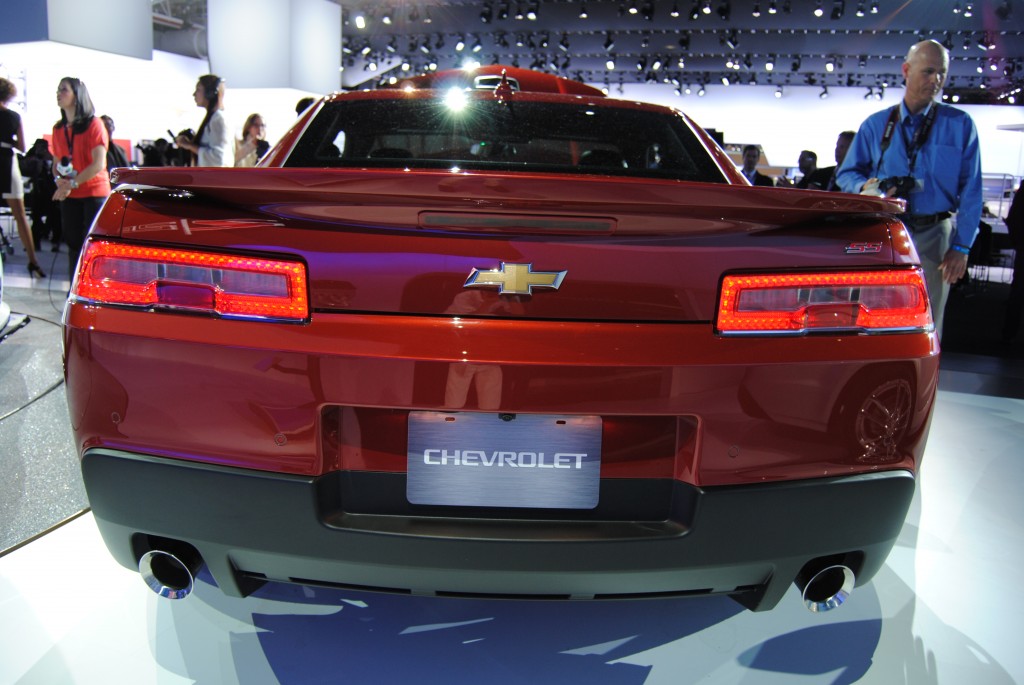