Thieves Steal Wheels And Tires From Chevys At Texas Dealership 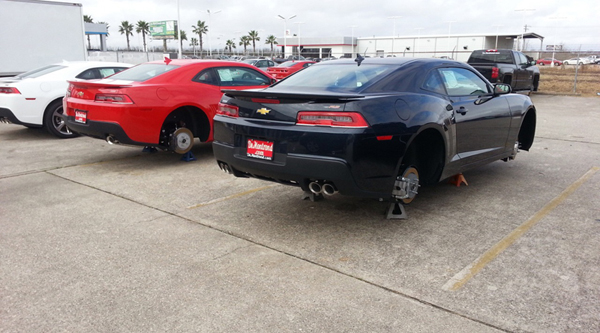 HOUSTON (KTRK) — They struck under the cover of night and knew exactly what they were after — expensive wheels, and lots of them.

Related Content
MORE: Free ABC13 iPhone, iPad and Android apps
MORE: Got a story idea? Let us know!
Employees at DeMontrond Chevrolet in Texas City were left speechless when they showed up for work Sunday morning.

Thieves cut the front gate padlock to get inside the dealership. Once inside, they made quick work of ripping off the wheels from nearly two dozen vehicles.

“I was shocked,” said employee Allen Honish. “I mean, how can you get that many wheels and tires out of here in such a quick period of time?”

Police believe the theft happened between Saturday night and Sunday morning. Customers made the discovery. Eight-eight wheels were stolen from 22 vehicles. Camaros, Impalas, Silverados and a Tahoe were left either on the ground or on blocks.

“That’s a 4×4 block of wood that they just cut into about 8 inch sections,” said employee Bryon Johnson. “They set them right on the rotors.”

Johnson says whoever did this first cut the lights. And they stayed away from the back of the property where there were surveillance cameras.

“This was somebody who thought long and hard about how they were going to orchestrate this,” he said.

The dozens of lug nuts and even hose marks found on the vehicles tell investigators the thieves likely used high impact tools to quickly remove the wheels. It was so dark and so foggy that night folks there wonder if anyone saw anything.

“You can put two sets of tires and wheels in the bed of a pickup truck, so 22 sets, they either had a parade of trucks or some sort of a box van, more likely, or flat bed,” said Melissa DeMontrond.

The wheels are apparently in high demand. It will take weeks to find replacements and get them back on the lot for sale. The fact that some vehicles were damaged will have to be disclosed. All this is frustrating for the folks at DeMontrond. 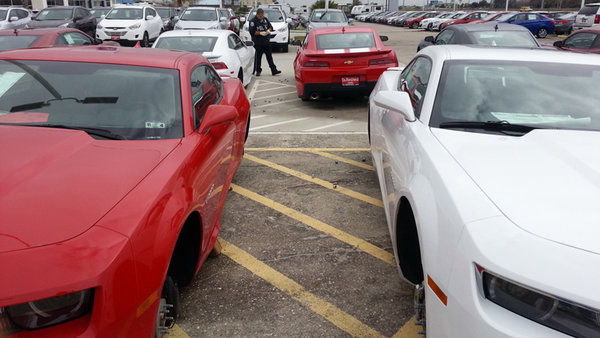 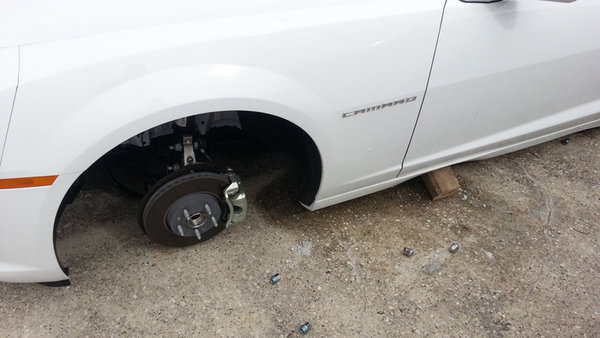 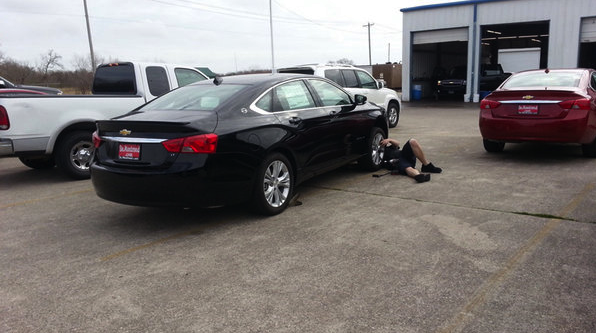 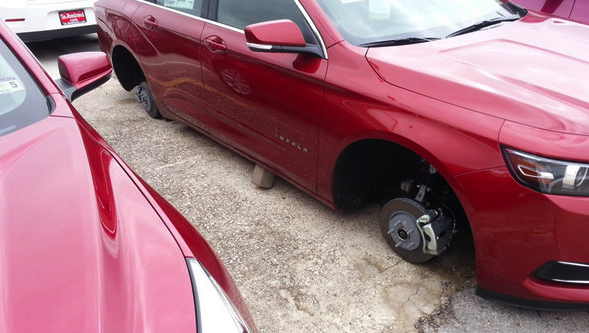 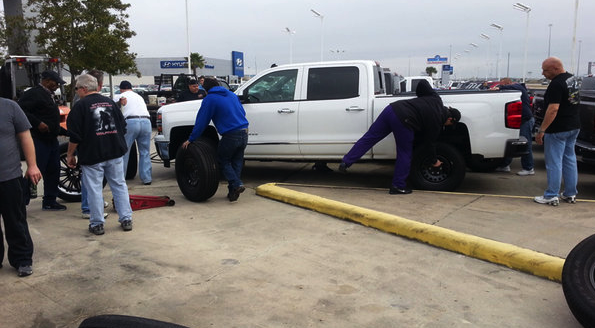