My Adventure to Concord, NC 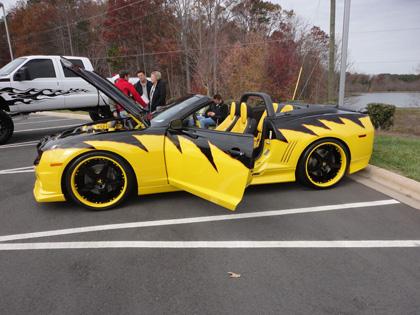 My Adventure to Concord, NC
Ken

On Thursday November 17th NancyGrl, who is one of the bloggers for CamaroNews.com, asked me to post a flyer for a car show on November 19th at the Hendricks Motorsports Complex in Concord, NC. I was more than happy to help her. I checked my schedule and Saturday was open, but I had plans on Sunday.  So, if I did shoot down for this event from New Jersey, it would be 10+ hours down, sleep for a few hours at a hotel and drive 10+ hours back as soon as the show was over. The fact it was at the Hendricks complex and he’s such a Camaro fan, I had to go. I knew there would be a lot of sick Camaros there.

I’m so glad I went. I had an amazing time and it was one of the best car shows I ever attended. I got to meet NancyGrl in person, not to mention CamaroFreak. They both belong to the 5th Gen Carolina Camaro Club.  I also had a great time with the peeps from the Carolina Camaro Association. After hearing how far I drove to be at the show, I had two different members from the Carolina Camaro Association offer to share their home with me next year instead of staying at a hotel. I was shocked! Thank you so much for your hospitality!

I planned to make a donation to the Shriner’s charity on behalf of CamaroNews.com while I was there. However, since I had a car in the show being judged I decided to wait until my car won, or the awards were over to give the donation. I didn’t want to appear to be “buying” a trophy. About 15 cars into the award process, my name was called and “CHAOS” won a Top 200 award (about 500 cars were being judged). As I accepted my trophy, I gave the event organizer the $100 in cash. He was very thankful and announced the donation to everyone who clapped and cheered loudly. It was a nice feeling to hear their support.

Below are some of my favorite cars from the show.  Check out our Facebook page for 200+ more Camaro photos.

I had two very weird things happen to me on this trip and I thought I would share them.

I had a women come running up to me, asking “are you Ken from CamaroNews.com”? I thought she was one of the event organizers. I had requested access to Hendricks personal museum which contains many amazing Camaros and I thought she was about to give me good news about my request. I responded, “yep, that’s me” … and here’s where it got weird … she then said “can I have your autograph”? I thought she was kidding, but she was serious. It was my first ever autograph request … and I’m sure my last! So, I signed it like this:

Thanks for being my first!

I was pulled over by a State Trooper in Virginia. I thought I was done. He asked me a few questions and I must have answered them to his satisfaction because he then said “on another note, you have a really nice car!”. I was stunned.  No ticket! 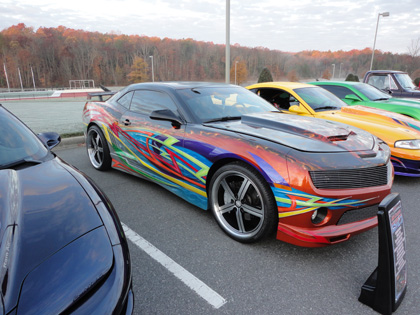 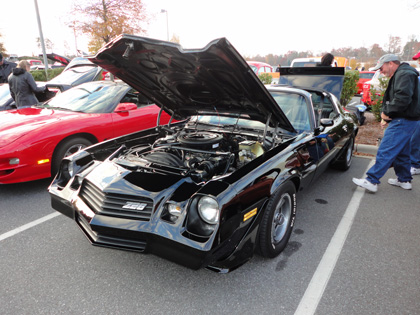 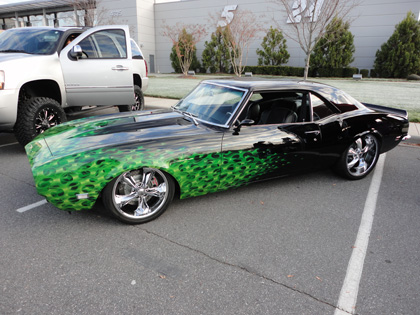 Here's What We Love About The 2010 Chevrolet Camaro SS – HotCars