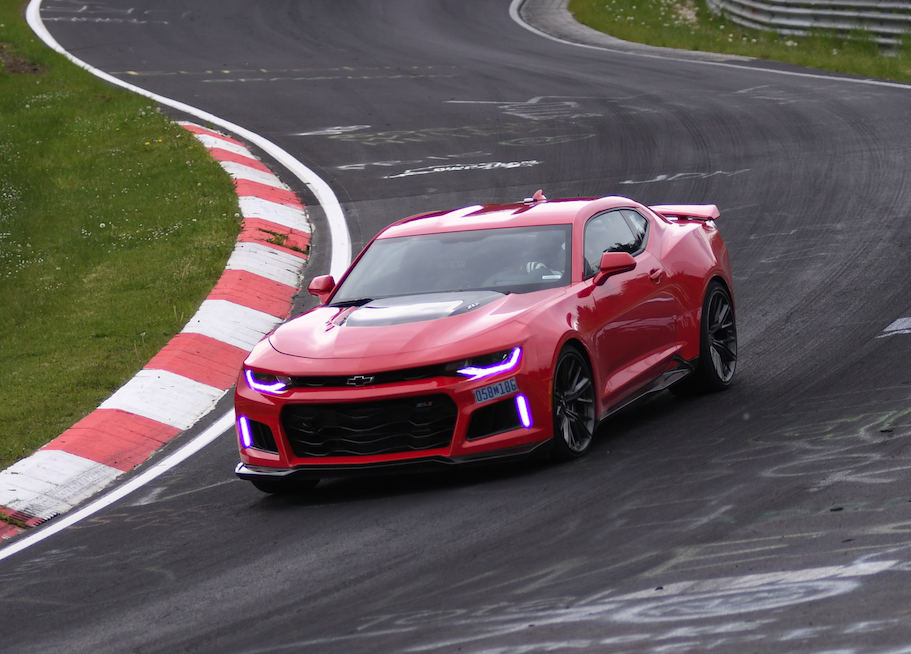 CamaroNews – The Camaro Team has done it again! The new 2017 ZL1 is a jaw dropper and one fast beast. Lapping the Nurburgring Nordschleife in a blistering 7:29.60, the new 2017 Camaro ZL1’s lap time at the world’s most challenging track is 11.67 seconds quicker than the previous ZL1’s fast lap. Also check the list where it compares!

DETROIT — Chevrolet today unleashed a time-attack video of the 2017 Camaro ZL1 lapping the Nürburgring Nordschleife in a blistering 7:29.60. The new ZL1’s lap time is 11.67 seconds quicker than the previous ZL1’s fast lap.

“To be almost 12 seconds quicker than the 5th-Generation ZL1 is a testament to the advanced design and technology of the new ZL1,” said Al Oppenheiser, Camaro chief engineer. “From the improved aerodynamics, mass reduction and 650-horsepower LT4 to the Magnetic Ride Control, electronic limited-slip differential and Custom Launch Control, the ZL1 was designed to take on the world’s most challenging track, making it right at home on any track, road or drag strip anywhere.”

The only changes made to the ZL1 were the installation of data acquisition equipment, a roll hoop and Sparco racing seats with six-point harnesses. Otherwise, the car was production stock and included the following:

“Many fast laps around the Nordschleife are dramatic, with lots of oversteer and steering input,” said Drew Cattell, Camaro ride and handling engineer and driver of the hot lap. “Not so with the ZL1, which is extremely planted and stable, almost calm. With Magnetic Ride and great overall chassis balance, the ZL1 is all about being inch perfect at every turn and carrying a lot of speed.”

ABOUT CHEVROLET
Founded in 1911 in Detroit, Chevrolet is now one of the world’s largest car brands, doing business in more than 115 countries and selling more than 4.0 million cars and trucks a year. Chevrolet provides customers with fuel-efficient vehicles that feature engaging performance, design that makes the heart beat, passive and active safety features and easy-to-use technology, all at a value. More information on Chevrolet models can be found at www.chevrolet.com. 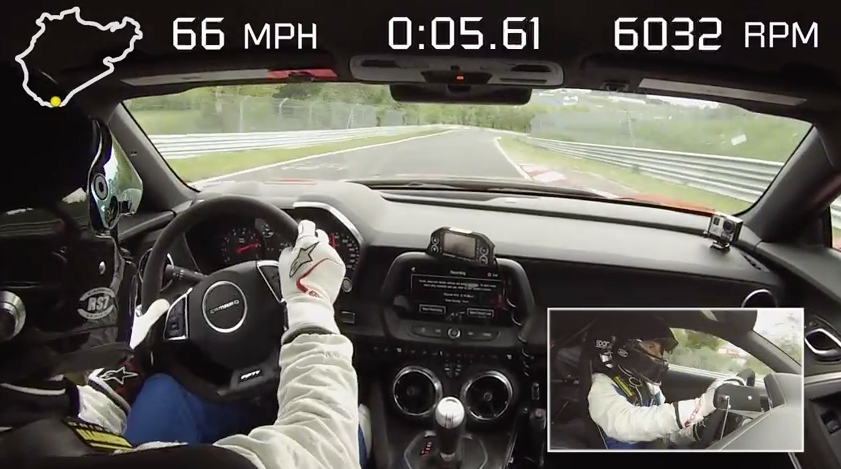