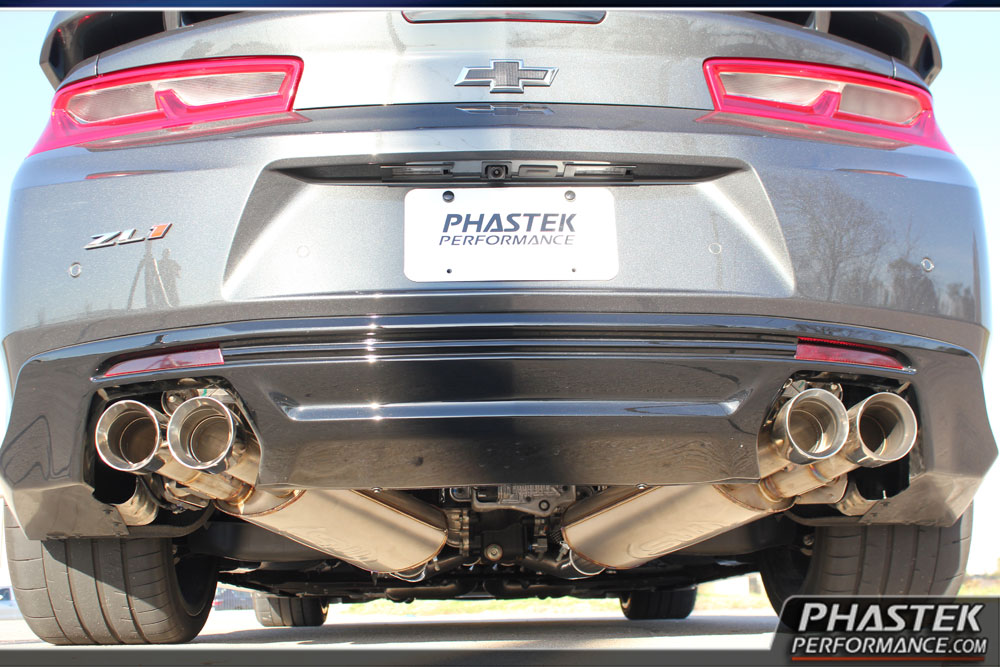 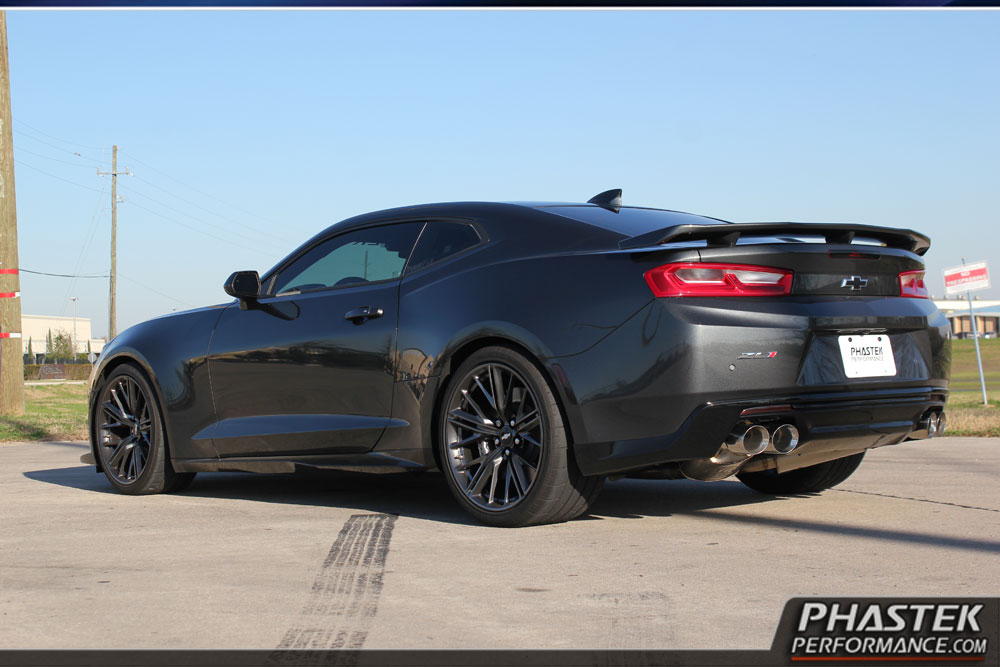 The team at Phastek Performance are always keeping up to date on how to better help the Camaro owners with bringing them first hand knowledge of the parts they sell. They were busy in 2016 with the Camaro SS and 2017 does not seem to be slowing them down with the New ZL1.  They work with customers to provide great quality information with as much detail as possible and their attention to detail goes beyond what you would expect.

They were approached by a customer with a ZL1 a few months ago and some of you might remember this ZL1.  This ZL1 was the FIRST ZL1 to be lowered back in December and now it is back, after a few mods, to change the exhaust!  The customer was happy with the factory system but was still looking for an even more aggressive exhaust note.

ZL1 Drive by sound Below:

Now there are manufacturers that do plan on doing their own testing for the ZL1 exhaust systems but Stainless Works was more than willing to work with Phastek Performance to accomplish what their customer wanted.  The customer knew that he wanted to keep the factory NPP/Dual Mode function, so the Stainless Works system seemed to be the perfect choice.

As stated earlier the ZL1 already does have some modification done to it, such as e85 conversion, cam, long tube headers, upper pulley, and a tune.  The ZL1 already makes a powerful 687 rwhp and 675 ft/lb of torque, which is a great increase in power over the factory numbers!!
Phastek Performance knew that there was going to have to be some modification to get the Stainless Works system to work with the long tube headers that were already on the car.  So their team got right to work on trying to figure out what they needed to do to make the system both work and have a great look to their final product.  After some great planning they were able to accomplish the goal of fitting the FIRST cat-back system on a 2017 ZL1!! 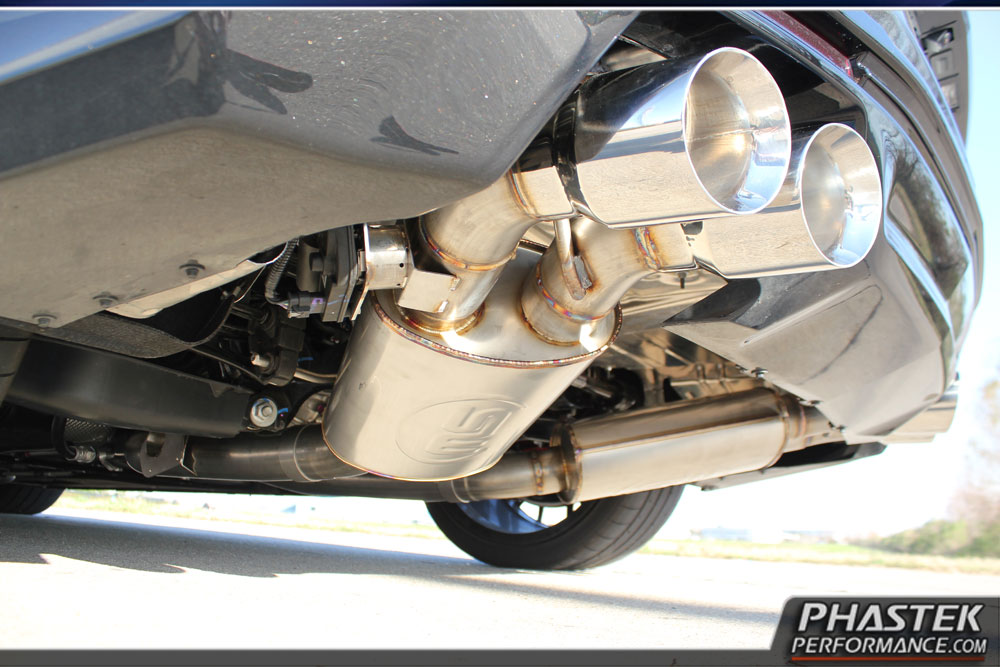 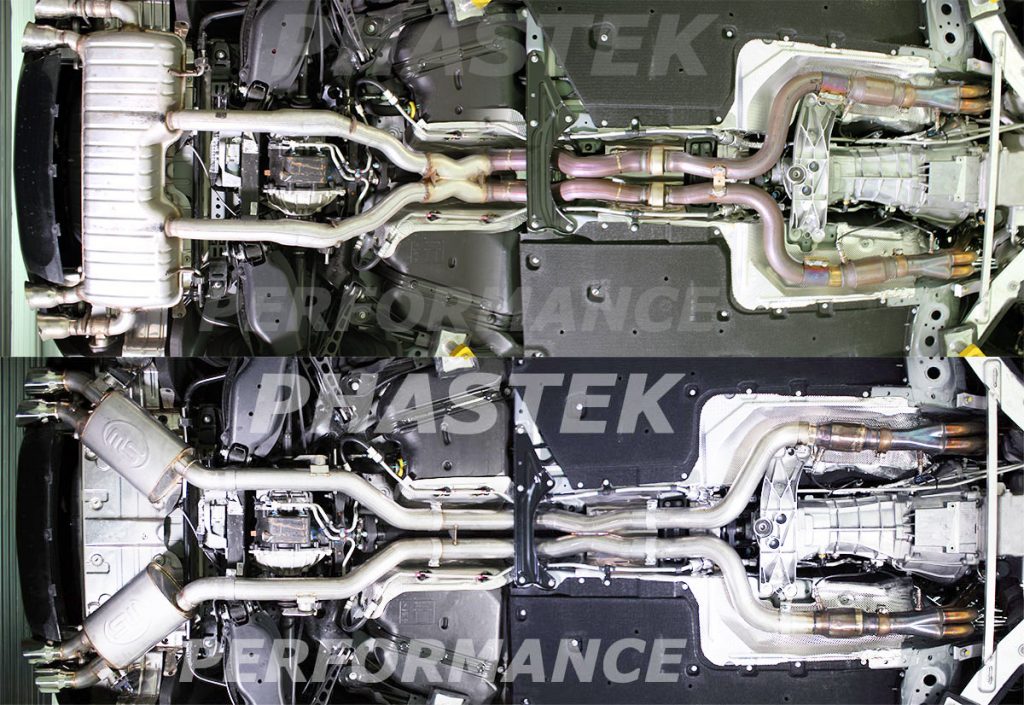 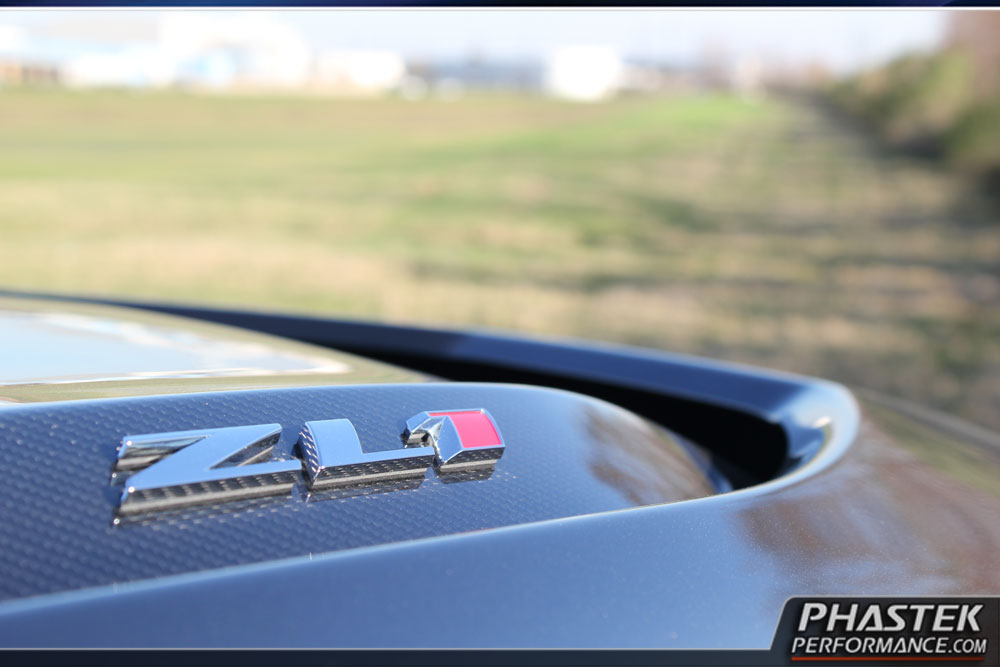