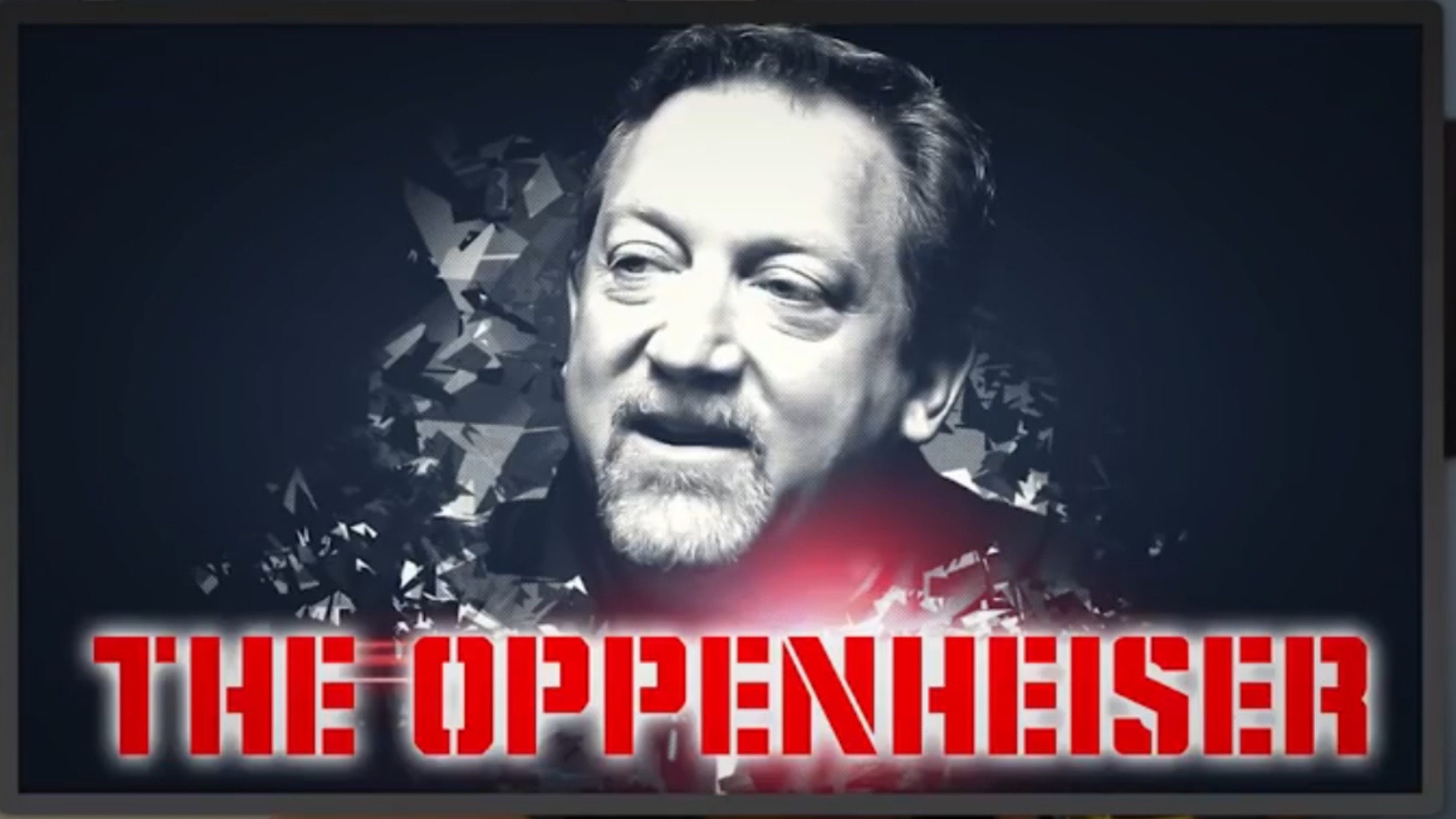 CamaroNews – Well it happen, Chevrolet’s Chief Engineer Al Oppenheiser has been dubbed the TERMINATOR of the muscle/sports car market. Media outlets are reporting that the new 1LE will wipe up the track with mustangs GT350. It’s no secret that the Camaro team works long and hard on everything it does. Remember they are the team that brought you the ZL1, 1LE and the mighty Z/28 in the 5th gen that blew everyones minds. We thought this was great as they gave Al Oppenheiser is own title now “The Oppenheiser” Congrats Al! 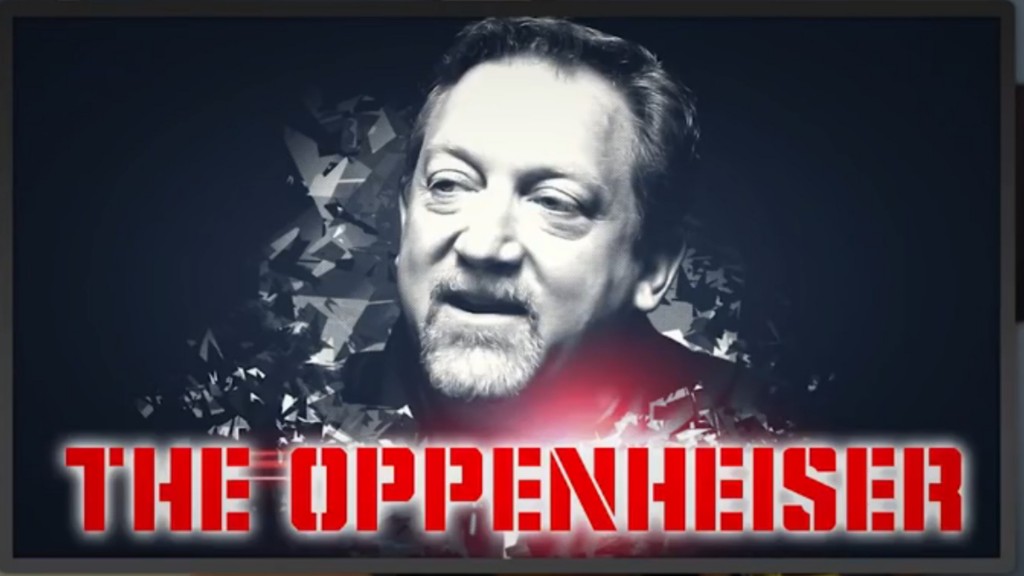 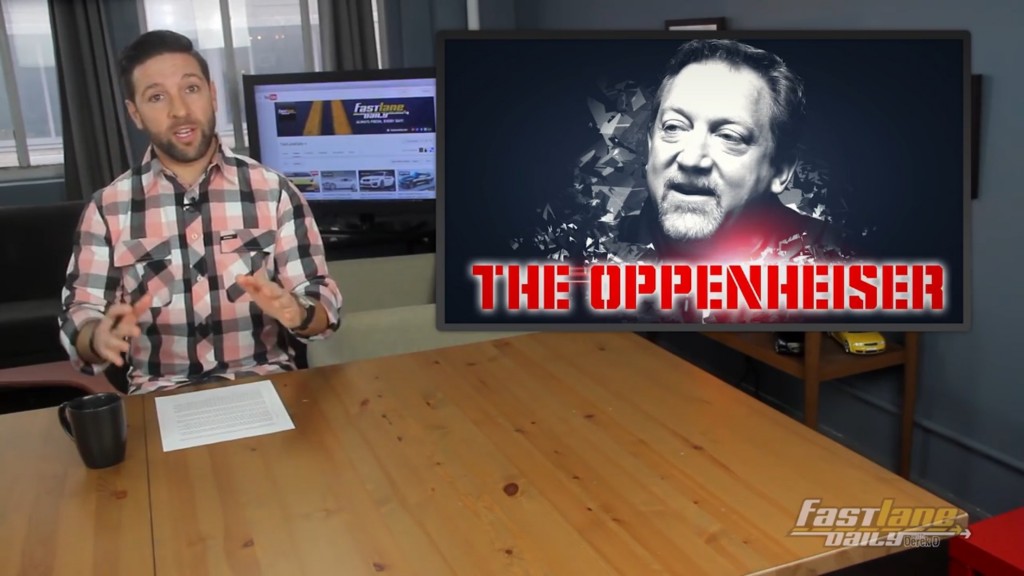 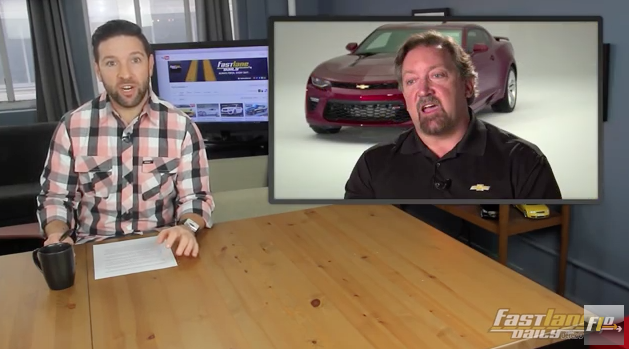 MotorTrends Review below, notice this was after by 5 days when CamaroNews called Al the New Terminator, which now they are calling him the Alpha Dog.

CamaroNews has all the hot news first, keep it locked with us we are enthusiast based!

Chatting with Al Oppenheiser about his latest Alpha dogs and the golden age of Camaro vs. Mustang

Al Oppenheiser serves as General Motors’ chief engineer for global rear-wheel-drive vehicles, and he’s been having a very good year. We ranked him fourth in our annual Power List, and we named his freshly minted Camaro our Car of the Year, proclaiming that it had graduated from the perpetual ponycar wars and was ready to take on Bavaria’s best. Mr. O was in Chicago for the auto show unveiling of his new 1LE packages, and Motor Trend sat down with him to ask what had gone so terribly right.

We always loved the handling of the fifth-gen Z/28, but as cooking-grade Camaros go, the sixth gen seems to have made a quantum leap forward in chassis dynamics. How did the team manage that?

Well, one of the benefits that we had is that the Alpha architecture was already established as a lightweight, structurally capable architecture. Of course a lot of things happened around 2009 at GM, and we were looking at scaling down the number of architectures we had from 17. Zeta is what the fifth-gen Camaro came off of, and to determine whether we used Zeta or Alpha for the sixth generation, we started looking at the attributes of the pure mass reduction that we needed—that you all told us we needed, and we all agreed—and decided that’s just one thing that we need. We also needed to increase the bandwidth of that architecture. For instance, I need track width. I need tire [diameter] to help me win on the track. So I think we had the benefit of time to change some assumptions—to say we aren’t just going to carry an Alpha ATS into a Camaro, we need to grow the bandwidth of that architecture to include a Camaro—a family of Camaros, including SS, V-6 1LE, V-8 1LEs, and you can dream beyond that. So I think, to your point, did we re-engineer everything? I think we had the benefit of time and had the ability to grow the Alpha bandwidth to be capable on the track, better than it was before.

Were there new tools available that helped hone the fifth-gen dynamics?

Absolutely. We actually have the capability with our track simulation models to set up a car at Willow Springs and tell you from a laptop how it will perform, and we’ll be [accurate] within a couple tenths of a second. That’s the capability we have from a processing standpoint, from an aerodynamics iteration standpoint. We always throw out the term “9 million computational hours,” and that’s a big number, but it literally gives you the chance to run, 24 hours a day, computational models that take into account lift and drag, downforce, optimal setups—you can play with different settings on the computer. So if you think of going from the old days of build it, break it, fix it out at the proving grounds to doing things in the computer world, getting simulations that are realistic, we can have quick turnaround of parts and get them on cars quickly, and we can actually design a car on the computer that we can build and mirror track times almost identical.

Yes, that’s 9 million computational hours on structural placement, on aerodynamic nannies that we added to the car, continually running iterations that crank out the optimal setting for ride height, and then that translates into spring rates.

And you’re also simulating the various modes of AdvanceTrac?

Absolutely. From the conservative Snow-Ice mode all the way up to everything off. So absolutely we can model all of that. We have this array that would blow your mind with how many rows and columns there are for all the different modeing, just for the production V-8 SS, with the different scenarios that happen with steering, with suspension, with performance traction management and what mode you’re in. Then when you talk about a really track-focused car like the 1LE you add on the V-8 the [electronic limited-slip differential] and the MR [magnetic ride] shocks and those work together with the steering so that you can—in 150-millisecond increments, infinitesimal time—change the settings of the car as you’re driving on the track. Those things allow us to really up our game in the corners.

Can you talk about spring rate changes and other specifics of the 1LE package?

We don’t get into rates, but basically with the MR setup, and the stiffer suspension bits, the stabilizer bars, the cross-axis ball joint setup, the dampers, the inverted-tube MR suspension—it all works in concert with 1LE.

Can you talk a little about the progression from 1LE to SS to V-6 1LE?

We’re looking at the strategy of sharing down components, so if you think of the V-8 1LE as the top dog of track performance—the largest bar diameter, the largest amount of front/rear downforce (of course all cars got the reduced rear roll-center height to help reduce rear squat much better than in the fifth generation)—so they all get that to start. Then comes the SS, and because we were planning to make a V-6 1LE all along, we were able to take our early development V-8 SS parts and throw them at the V-6 and do code development, so now you’ve got one set of springs, one set of dampers that work on the [V-8 SS and] V-6 1LE. Proliferating parts saves on development cost, it saves on development time, and when you plan it up front it’s efficient all the way around.

At this point I’d tell you that the V-6 and the 2.0-liter turbo share a significant number of parts. So, could you do it? You could do it. Have we done it? We might have done it. I’m really excited about having the 2.0-liter in the lineup, because there was actually a segment of buyers that would not buy the fifth-gen because we did not have a 2.0-liter turbo. I call them the Fast & Furious set. They did so much with our Stage kits from the EcoTec days that that’s what they want. They want a lighter weight car, they want the 2.0-liter turbo, and we’re offering one that does 0-to-60 in 5.4 seconds out of the gate, and I’m excited to see what they do with Stage kits, whether it’s 40-horse up to 1,000-horse—the kits are out there—not our kits. But we’ve had them in the past, so they’re familiar with that.

Our strategy with the Camaro has been to work closely with our Chevrolet Performance Parts team to create packages that can go across the non-performance models. So for instance, we’re taking a look at, can we take the 1LE bits and offer them up to somebody who bought a car before the 1LE came out. This worked out really well toward the end of the fifth gen. It’s already worked well on the sixth gen. Almost 60 percent of the cars that have sold since October’s start of production have had at least one accessory ordered with them. So the fact that we had them ready to go from day one has been a success for us already in the sixth gen. So we’re going to continue that strategy for sharing parts across all models, and the four-cylinder won’t be excluded from that.

I know you’re not prepared to talk about future products, but are there any inherent stumbling blocks in the lighter, smaller Alpha architecture to offering up big-letter performance models like the ZL1 and Z/28?

You might see some big letters. You know this market. Ford’s going to punch us, we’re going to punch them—I can’t wait until you do your 1LE versus GT350 comparison, maybe even the R comparison. But I’m sure they’ll punch back. That’s going to continue; that’s the life blood. I think this is the golden age of Camaro versus Mustang. Is there a limitation? I’ll tell you, with a guy like Reuss at the helm, we never have a limitation on what we want to look at. He’ll never say “no.” We just have to present something that’s right for the car. I don’t want to alienate previous customers because maybe we’re shooting too far. Also we’ve got a pretty darned good performance lineup between Tadge [Corvette chief engineer Juechter] and I, between our entry 2.0-liter turbo Camaro and his top-dog Corvettes. I think that’s unmatched in the industry, having two cars that can cover such a broad spectrum. But there’s never a limitation, and we’re never done pushing.