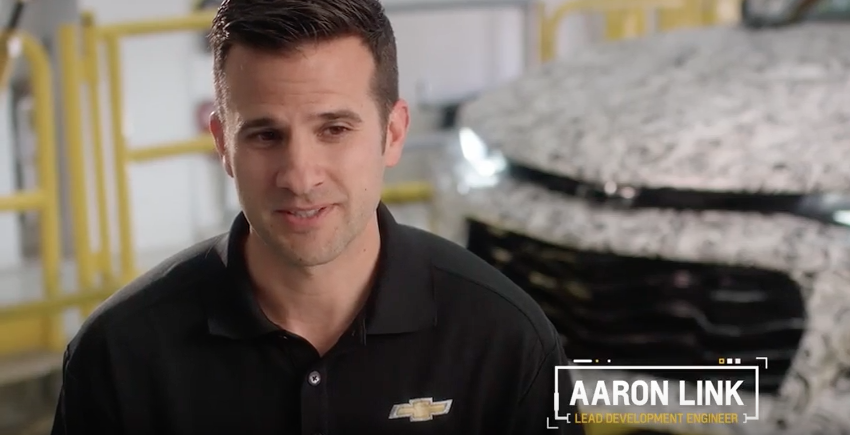 CamaroNews – New Video out today by Chevrolet on the CamaroSix New 10 speed transmission. Visceral feel, always in the heart of peak power, the 10-speed 2017 Chevrolet Camaro ZL1 is about to forever change the way you think about automatic transmissions.

DETROIT – With faster upshifts than a dual-clutch transmission and a wider overall gear ratio spread to optimize performance and efficiency, the all-new available Hydra-Matic 10-speed automatic transmission sets a new performance standard in the 2017 Camaro ZL1 – and raises the bar for the segment.

The ZL1 is expected to be the first volume production car to offer a 10-speed automatic. It builds on the established legacy of Hydra-Matic eight-speed transmission family offered on other Gen Six Camaro models, to deliver higher thresholds of capability, refinement and efficiency.

“There is simply nothing like the experience offered with the new 10-speed automatic in the Camaro ZL1,” said Aaron Link, ZL1 lead development engineer. “It delivers nearly instantaneous, lightning-fast shifts that alter your perception of what an automatic transmission can offer in a high-performance vehicle – whether you’re on the street, drag strip or road course.”

The greater overall performance and efficiency are due primarily to the 10-speed’s wider 7.39 overall gear ratio spread, which enhances off-the-line performance with an aggressive first gear ratio of 4.70. Smaller steps between the gears also help the engine maintain the optimal speed for maximum power at almost all vehicle speeds, especially when exiting a corner on a track.

“The gear ratios are so tightly spaced that the transmission is in the right gear and the engine is at the best rpm for transitions from corners to straights,” said Link. “And with the power from the ZL1’s supercharged LT4 engine, the force you feel in your seat as you accelerate out of a turn will put a grin on your face every time.”

Chevrolet testing has shown the ZL1 with the available 10-speed has faster shift times than the Porsche PDK dual-clutch transmission. In fact, the 1-2 upshift is 36-percent quicker than the PDK, while the 2-3 and 3-4 upshifts are 27-percent and 26-percent quicker, respectively.

“You touch the paddle and the gear changes with immediacy,” said Link. “The shifts happen so quickly and without delay that it almost feels like an extension of your reflexes. It’s a much more involving experience for the driver that really helps improve confidence and performance on the track.”

Hundreds of hours were spent integrating the 10-speed’s shift performance with the unique power band of the ZL1’s supercharged 6.2L LT4 engine, which is estimated at 640 horsepower and 640 lb-ft of torque.

The 10-speed also has a numerically lower top gear ratio than Camaro’s eight-speed automatics, which allows the engine to run at a lower speed on the highway, enabling even greater efficiency.

Creative packaging solutions, which had to accommodate another clutch in comparison to the eight-speed, allow the 10-speed to be the approximate size of Camaro’s other eight-speed transmission. It uses four simple gearsets and six clutches: two brake clutches and four rotating clutches. That’s only one more clutch than the eight-speed, despite having two more forward gears.

It is also the latest transmission with an all-new, proprietary electronic control system and performance calibrations. The calibration is unique for the ZL1’s high-performance-oriented driving experience, while additional applications will feature calibrations matched to their respective performance ranges.

The 10-speed will be produced with an all-new manufacturing system at GM’s propulsion manufacturing facility in Romulus, Mich. It’s part of a $323-million investment in the facility, which employs 850 hourly and salaried workers.

DETROIT – Engineers for the new 10-speed automatic transmission available in the 2017 Chevrolet Camaro ZL1 built on the experience of previous, critically acclaimed Hydra-Matic multispeed transmissions to push its performance, refinement and efficiency advantages to a new threshold.

The 10-speed is an all-new design – and the first-ever application in a car – with a wider, 7.39 overall gear ratio spread, that enables the ZL1’s supercharged engine to remain at optimal engine speeds during upshifts.

“With world-class shift times on par with the world’s best dual-clutch transmissions and the refinement that comes only from a true automatic, the 10-speed delivers incomparable performance on and off the track,” said Dan Nicholson, vice-president, GM Global Propulsion Systems. “It also leverages the experience of our other multispeed transmissions to deliver that performance with greater efficiency as its use expands into other vehicles.”

And while the Camaro ZL1 will be the first GM vehicle to offer the new 10-speed automatic, designed for rear-wheel-drive applications, it will be available in eight additional vehicles by 2018.

Thousands of hours of computer-aided engineering analyses were made during the development of the Hydra-Matic 10-speed transmission, driving a comparatively compact design envelope comparable to the eight-speed automatic.

The 10-speed has four simple gearsets and six clutches: two brake clutches and four rotating clutches. That’s only one more clutch than the eight-speed, despite having two more forward gears, contributing further to the compact packaging, while also improving spin losses to enhance fuel efficiency.

A unique triple-clutch assembly in the middle of the 10-speed’s architecture is a primary enabler for packaging 10-speed content in the same space as GM’s six- and eight-speed transmissions.

The 10-speed also features a variable-displacement vane pump, which optimizes transmission fluid pressure, based on speed and load, to enhance efficiency.

The new 10-speed’s greater overall performance and efficiency are due primarily to its wider 7.39 overall gear ratio spread, which enhances off-the-line performance with a more aggressive first gear ratio than GM’s eight-speed automatic. Smaller steps between the gears also help the engine maintain the optimal speed for maximum power at almost all speeds, especially when exiting a corner on a track.

Adaptive shift controls such as Performance Algorithm Shifting and Driver Shift Control enhance performance driving. Performance Algorithm Shifting (PAS) monitors how assertively the driver is using engine output to determine at what engine speed to upshift or downshift. Driver Shift Control allows the driver to shift the transmission via the steering wheel-mounted paddle shifters. Electronic safeguards prevent over-revving if the wrong gear position is selected, but relies on the driver to make upshifts or downshifts.

Gear changes are mainly executed with clutch-to-clutch action, where an “on-coming” clutch is engaged and an “off-going” clutch is released in a precise manner to achieve the ratio change. Certain key shifts, however, are made with a freewheeling action, such as 3-1 downshifts, where a plate clutch is actively disengaged while a mechanical freewheeler clutch automatically engages with optimum synchronization.

The torque converter is 260mm in diameter and features a lock-up clutch. It also uses electronic controlled capacity clutch (ECCC) technology, which employs a small, regulated amount of slip to dampen out engine pulses for a smoother running drivetrain, especially during shifting. 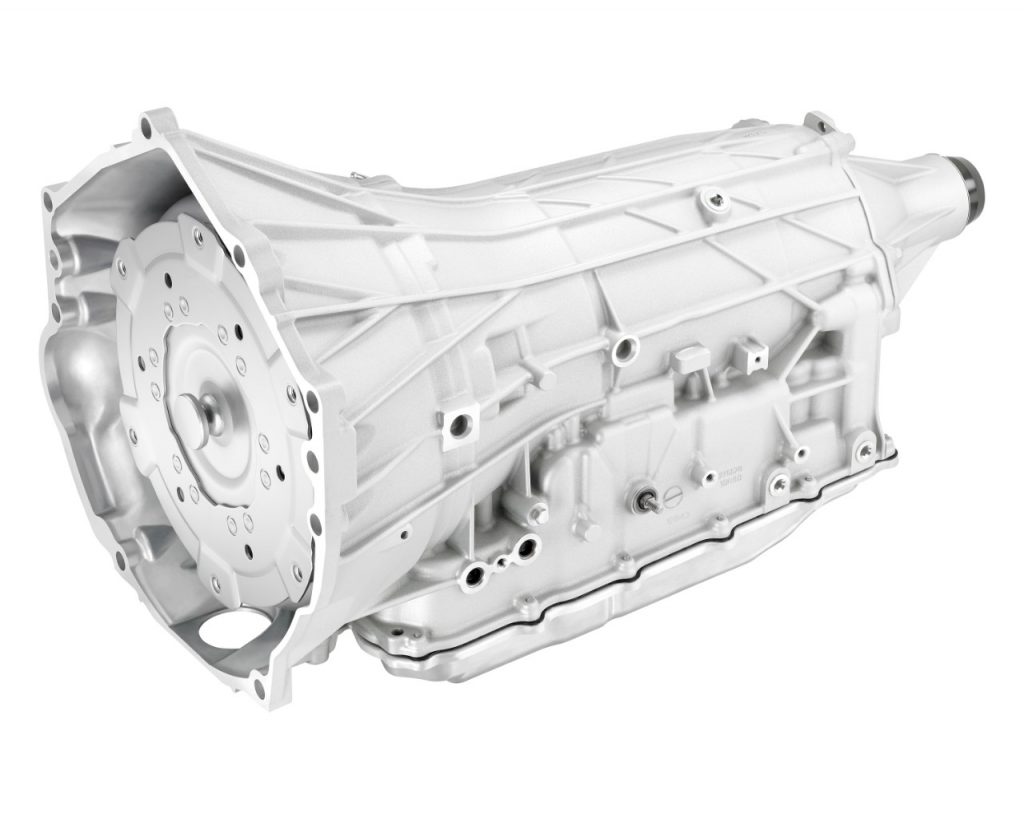 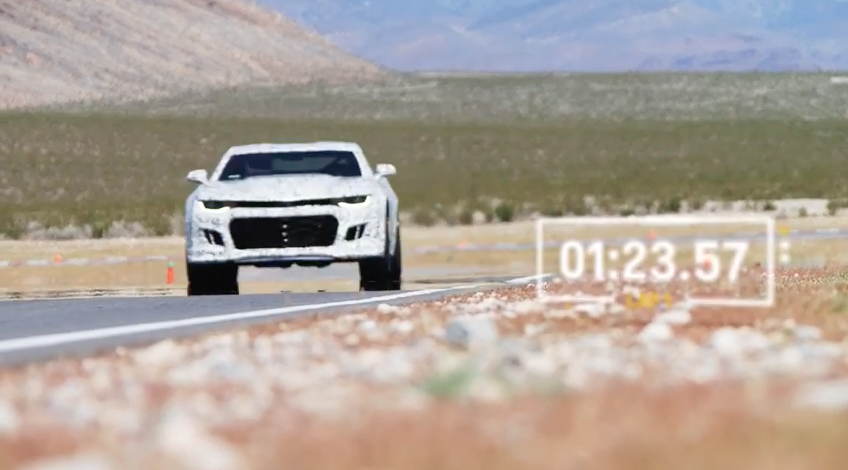 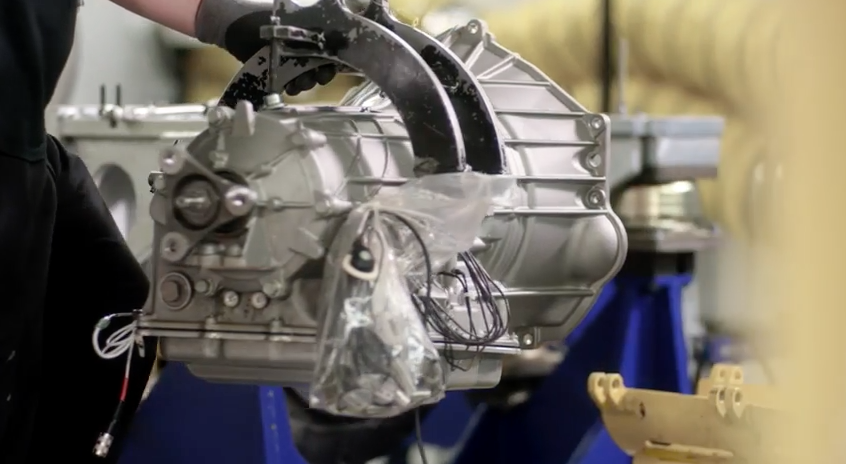 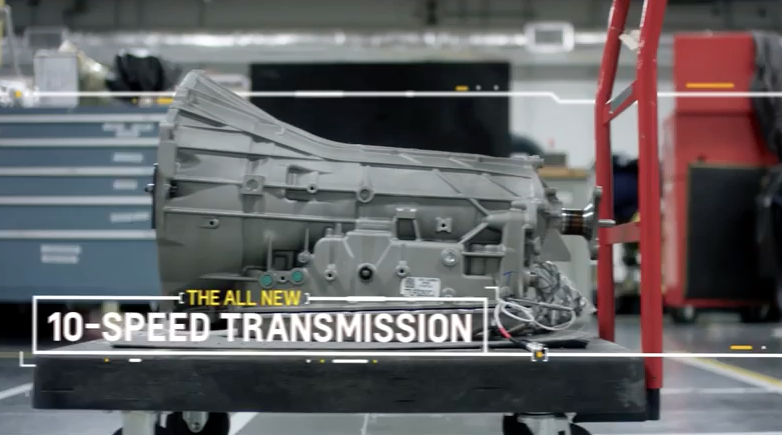 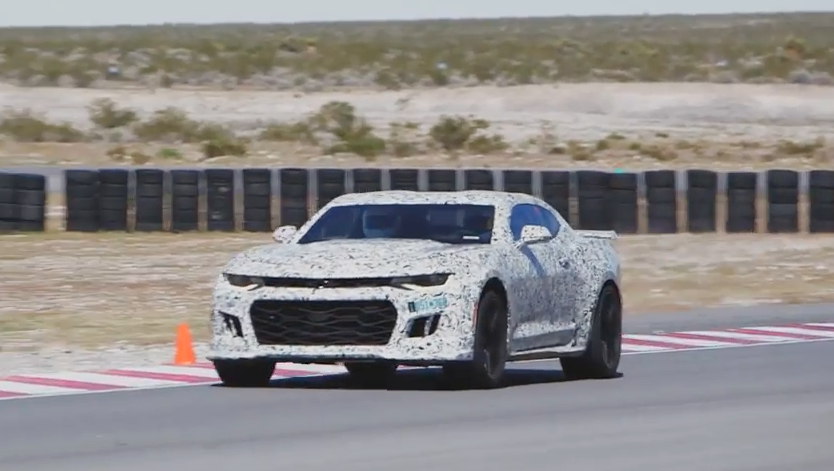