Chevrolet is Global Leader for Android Auto, Apple CarPlay – 2016 Camaro to have both 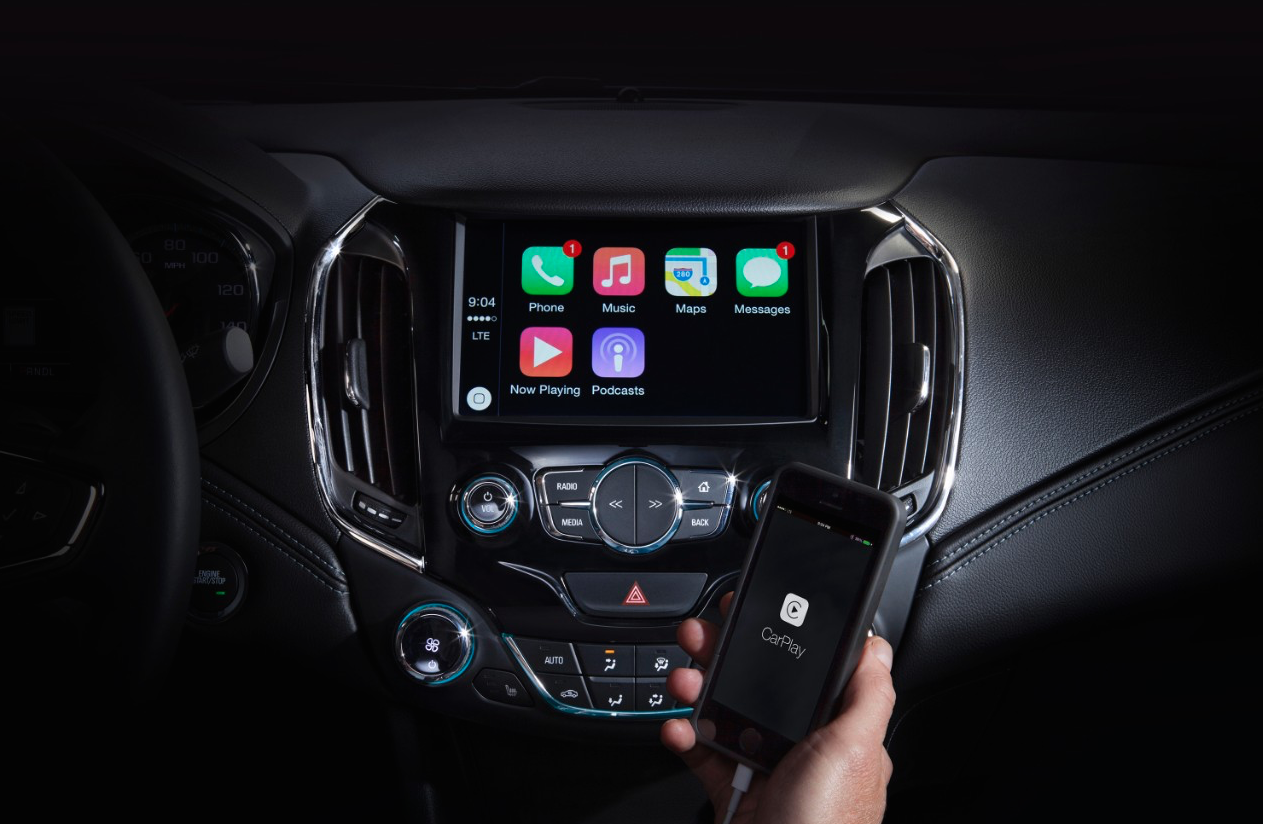 Chevrolet is Global Leader for Android Auto, Apple CarPlay – 2016 Camaro to have both
CamaroNews Team 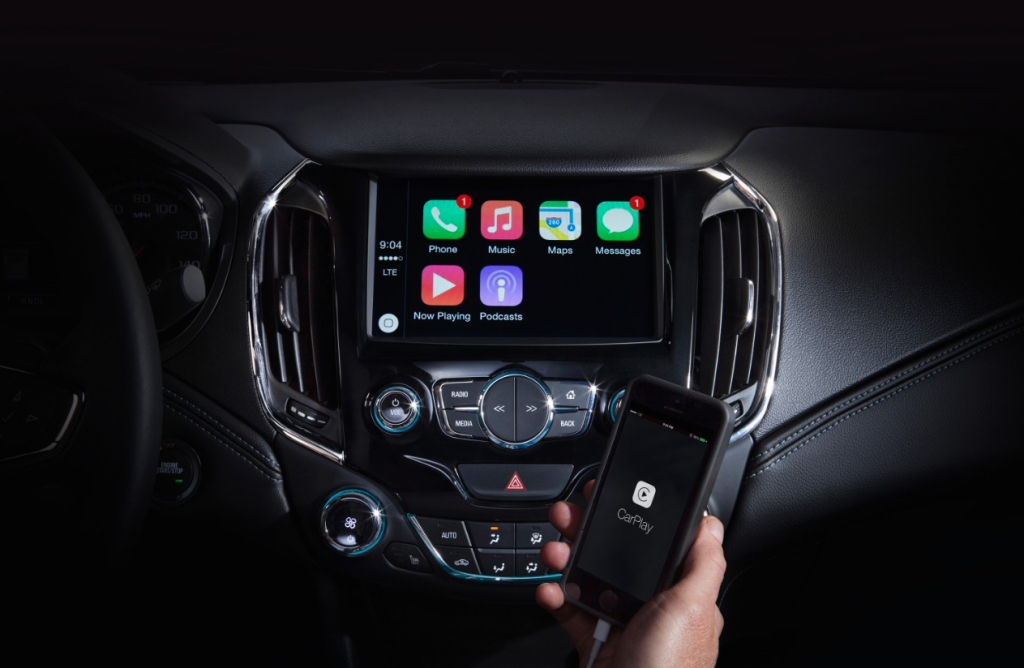 LOS ANGELES – According to Strategy Analytics, there are more than 2.3 billion smartphones in use globally, and that number continues to rise. And on the road, customers are demanding better integration between phones and their vehicles. Whether they have an Apple or Android phone, Chevrolet is committed to providing the smartest, simplest connected driving experience possible to owners across the globe.

For the 2016 model year, Chevrolet will offer Android Auto and Apple CarPlay compatibility in more models than any automotive brand. The 14 Chevrolet models include the all-new 2016 Cruze compact car, which will debut on June 24. Cruze is Chevrolet’s best-selling passenger car, with more than 3 million sold since launch. Additional models are listed in a chart below.

“For most of us, our smartphones are essential,” said Mary Barra, CEO of General Motors. “Partnering with Apple and Google to offer CarPlay and Android Auto compatibility across the widest range of models in the industry is a great example of how Chevrolet continues to democratize technology that’s important to our customers.”

Chevrolet’s seven-inch MyLink infotainment system gives owners a smart and simple way to access both Android Auto and Apple CarPlay. The eight-inch version of MyLink will be compatible only with Apple CarPlay at the beginning of the 2016 model year.  While development and testing is not yet complete, Android Auto compatibility may be available on the eight-inch version of MyLink later in the 2016 model year.

Each system builds off of the features smartphone users rely on most. Android Auto is built around Google Maps, Google Now and the ability to talk to Google, as well as a growing audio and messaging app ecosystem that includes WhatsApp, Skype, Google Play Music, Spotify, and podcast players. A full list of supported apps is available at Android.com/auto.

Apple CarPlay takes the iPhone features you’d want to access while driving and puts them on the vehicle’s display in a smart, simple manner. That allows drivers to make calls, send and receive messages and listen to music right from the touchscreen or by voice via Siri. Apple CarPlay supported apps include Phone, Messages, Maps, Music and compatible third-party apps. A full list of those apps can be found at Apple.com/ios/carplay.

Many features can be controlled via voice commands through a button on the steering wheel, helping drivers spend more time with eyes on the road and hands on the wheel.

Chevrolet has a strong track record when it comes to broad availability of customer-centric innovation as the first brand to introduce Siri Eyes Free functionality and the first and only car company to offer available OnStar 4G LTE connectivity across a range of cars, trucks and crossovers in the U.S. and Canada. In less than one year, Chevrolet has connected more than a half-million customers to high-speed 4G LTE Wi-Fi.

Chevrolet customers in markets around the world including Brazil, Mexico and Canada will benefit from this new level of smartphone integration. Specific market availability for Android Auto can be found here. Current Apple CarPlay markets can be found here.

In 2014, the 14 models included in this rollout accounted for more than 2.4 million vehicle sales, or 51 percent of Chevrolet’s total global sales.

Using either application is simple in a compatible 2016 Chevrolet. A “Projection” icon on the MyLink screen is visible when a phone is not connected, then changes to indicate either CarPlay or Android Auto (whichever is applicable) when a compatible phone is connected via USB. Android Auto requires a phone running the Android Lollipop 5.0 operating system or above, while Apple CarPlay requires an iPhone 5 or later.

Compatible apps need to be downloaded to a phone before using. Apple and Google’s privacy statements and terms of use apply.  Data plan rates may also apply. 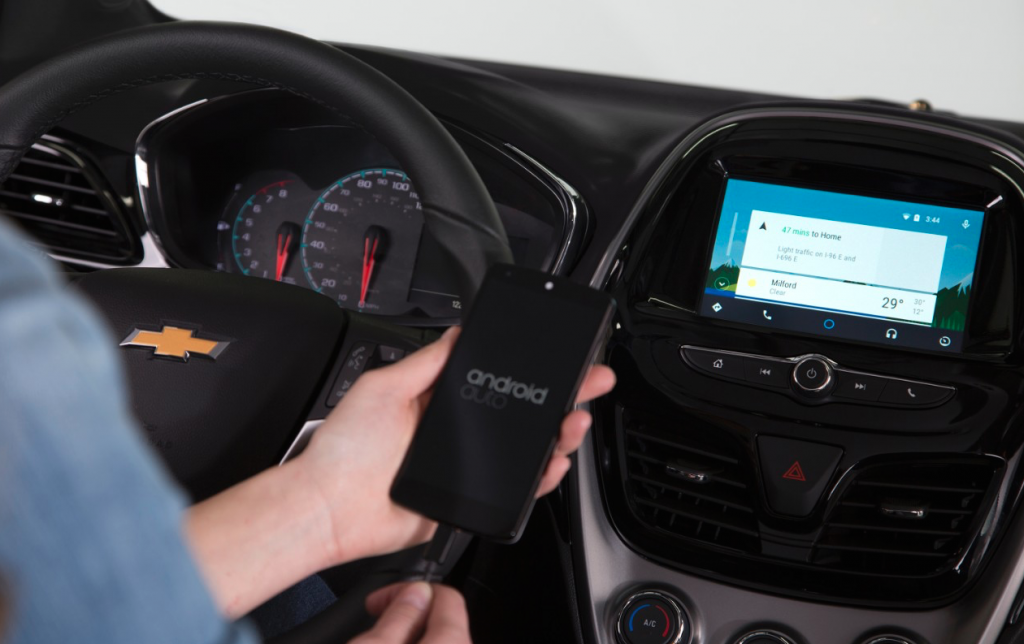 Founded in 1911 in Detroit, Chevrolet is now one of the world’s largest car brands, doing business in more than 115 countries and selling around 4.8 million cars and trucks a year. Chevrolet provides customers with fuel-efficient vehicles that feature engaging performance, design that makes the heart beat, passive and active safety features and easy-to-use technology, all at a value. More information on Chevrolet models can be found at http://www.chevrolet.com.