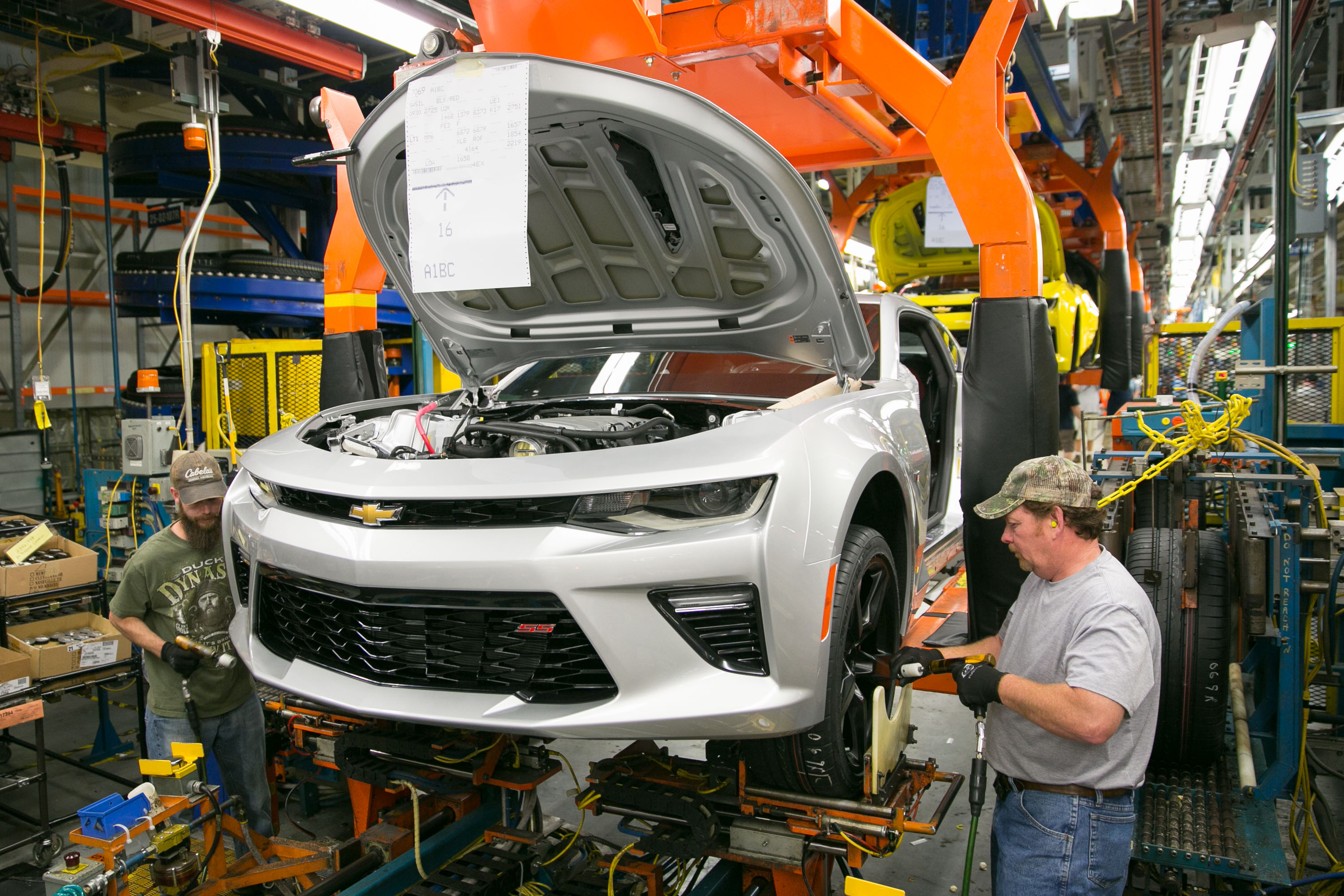 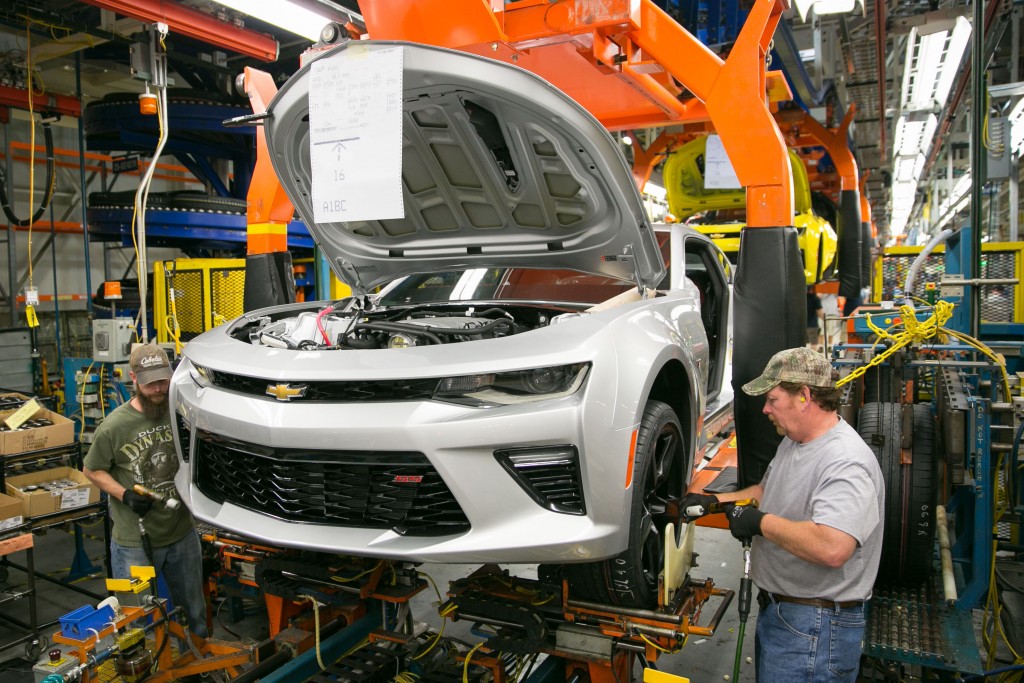 Larry Conarton, right, and Ben Spedoske install wheels and tires on a pre-production 2016 Chevrolet Camaro for testing Thursday, May 28, 2015 at the General Motors Lansing Grand River Assembly Plant in Lansing, Michigan, where GM announced today it will invest $175 million for new tooling and equipment to build the sixth-generation Chevrolet Camaro – and the return of hundreds of workers to build America’s best-selling performance car for the last five years. (Photo by John F. Martin for General Motors)

LANSING, Mich. – A $175 million investment for new tooling and equipment for the sixth-generation Chevrolet Camaro, and the return of hundreds of workers to build America’s best-selling performance car for the last five years, was announced today.

The Lansing Grand River Assembly Plant will resume a second shift of 500 jobs in late summer.

The all-new Chevrolet Camaro was introduced on Detroit’s Belle Isle on May 16. The current generation Camaro has been America’s favorite performance car for five consecutive years, attracting both long-term Camaro fans and new buyers to Chevrolet.

To improve on that success, the sixth-generation Camaro elevates every aspect of Camaro with a suite of new technologies, even higher levels of performance and fuel economy, and a leaner, more athletic design.

“I may be the luckiest mayor in America today,” said Lansing Mayor Virg Bernero. “Gearing up for full-scale production of the legendary Chevy Camaro is a new high point in the more than two decades of extraordinary partnership between the City of Lansing, General Motors and the UAW.

“We build the best cars in the world right here in Lansing, and we’re delighted to welcome the 2016 Chevy Camaro to the Lansing-made family of great automobiles.”

Today’s announcement combined with others in the last four weeks accounts for nearly $2.8 billion of the $5.4 billion that GM said April 30 it would invest in U.S. facilities over the next three years.

“With this investment in tooling and equipment, we will continue to do our part to build on the high-quality reputation of this iconic car,” said GM North American Manufacturing Manager Scott Whybrew. “These investments in the Lansing plants are proof of the teams’ quality commitment, to put the customer at the center of everything we do!”

Said UAW Vice President Cindy Estrada: “UAW members have proudly built vehicles in Lansing for more than 100 years. As we help prepare for the launch of the all-new Camaro, we are pleased to continue our tradition of producing quality cars that we love to craft and build and our customers love to drive.” 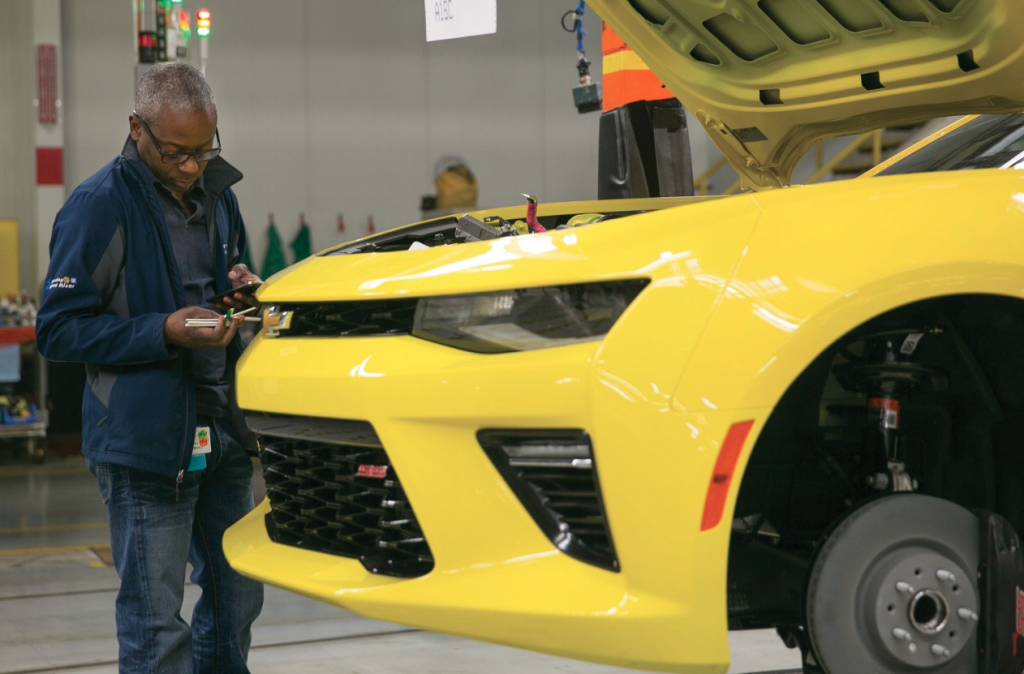 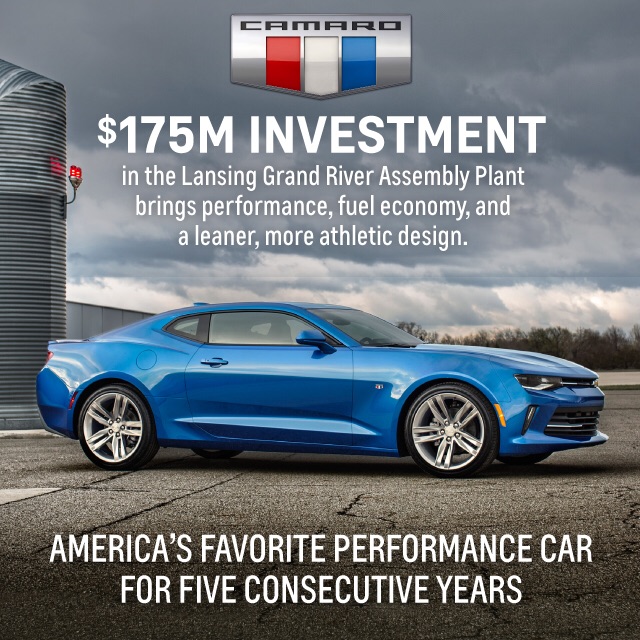 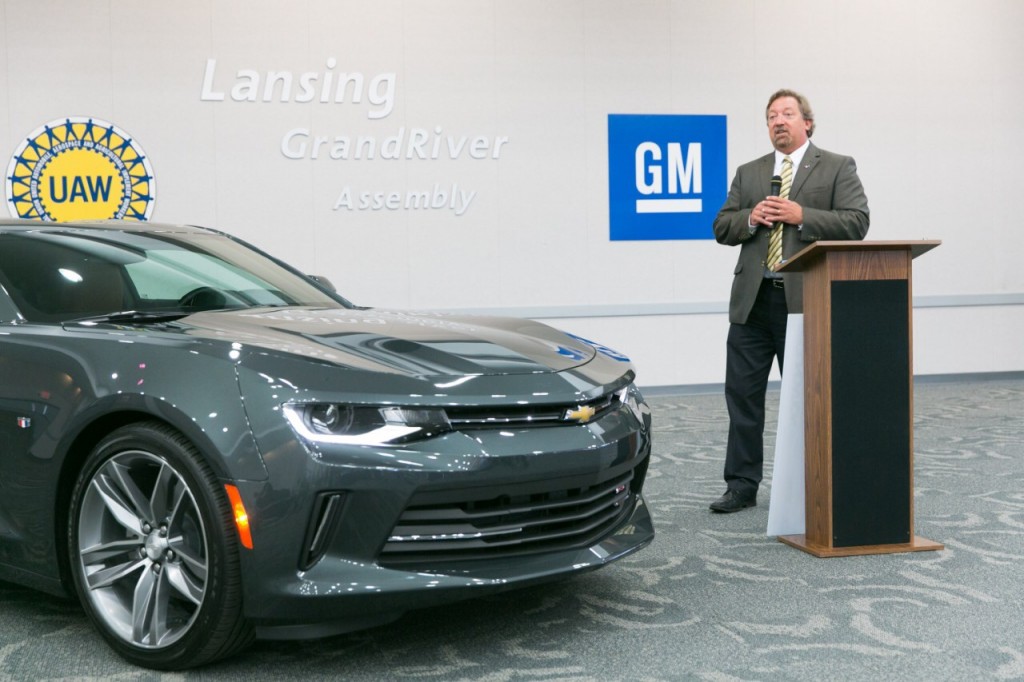 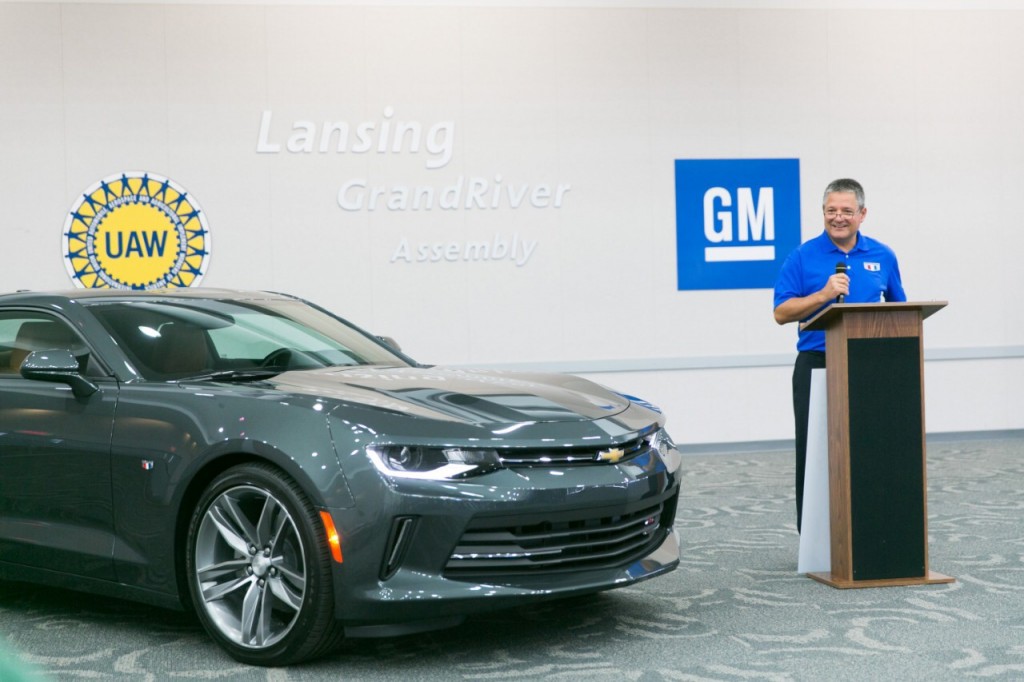