2018 Chevrolet Camaro ZL1 – Will Chevrolet Bring Back The Beast 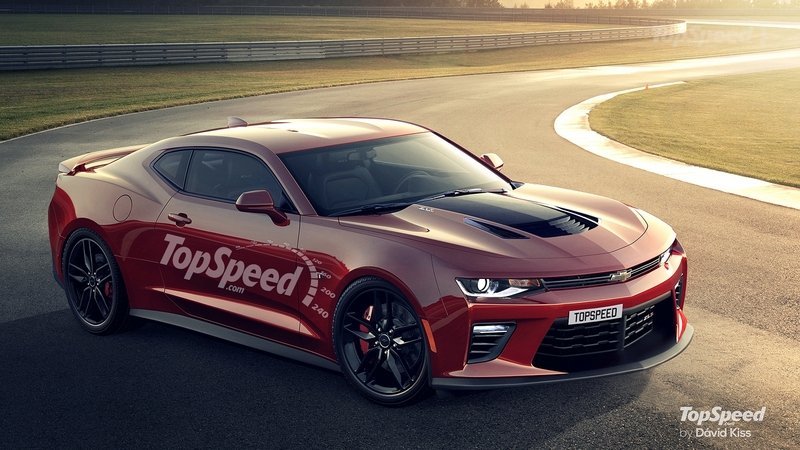 CamaroNews – As seen in the rendering above, the sixth-gen Camaro’s front fascia will become a lot more aggressive with the ZL1 badge. A bigger splitter will adorn the bumper for improved aerodynamics, while the SS’ standard grille above will transform into a two-piece unit and receive a bespoke mesh.

As seen in the rendering above, the sixth-gen Camaro’s front fascia will become a lot more aggressive with the ZL1 badge.

Helping the ZL1 stand out even more will be the thin, horizontal slats inserted in the slim “bowtie” grille between the headlamps. This feature is reminiscent of he previous ZL1, as is the vented, blacked-out, center section of the engine hood. The lid covering the supercharged engine will also receive a coupe of “ZL1” badges on each side of its bulge.

When viewed from the sides, the Camaro ZL1 will showcase new, black-painted side skirts extending toward the ground and a set of twin-five-spoke wheels in gloss-black. A lowered suspension setup will take the ZL1 closer to the ground than any other Camaro. Around back, there should be a revised diffuser and a new spoiler atop the trunk lid for some 150 pounds of added downforce at high speed. The quad-exhaust arrangement of the Camaro SS will remain in place, though the ZL1 could get bespoke outlets.

A couple of exterior colors exclusive to the ZL1 are also on the table. Inside, the ZL1 will benefit from the Camaro’s redesigned interior, most likely packaged with a few options as standard. In addition, expect new Recaro performance front bucket seats for increased lateral support, unique dashboard inserts, and a bespoke heads-up display. The options list should include suede for the steering wheel and shifter, a power sunroof and a couple of special technology and appearance packages.

As much as I’d like to see the new ZL1 challenge the Challenger Hellcat’s 707-horsepower rating, there’s no way that will happen. Sure, no one thought Dodge would ever place a Challenger above the Viper in terms of power, but that doesn’t mean Chevrolet is willing to do the same and allow the Camaro ZL1 to sit above Corvette Z06 in that respect.

Moving over to transmissions, the old six-speed automatic should be replaced by the eight-speed slushbox now available with the standard Camaro. The only mystery here is whether the ZL1 will continue to use the six-speed manual or borrow the seven-speed unit from the Corvette Z06.

Performance-wise, the added oomph should return 0-to-60 sprints of under four seconds. If I were to take a guess, I’d say that the lighter platform and the more powerful engines will enable the ZL1 to hit that benchmark in around 3.8 seconds, 0.2 second quicker than its predecessor. It would still be slower than the stupid-fast Challenger Hellcat, which needs a little over three ticks to hit 60 mph, quicker than any other road-legal Camaro yet.

It’s definitely way too early to talk about prices here, but it’s obvious that the ZL1 will remain the second-most expensive Camaro after the Z/28. With the 2015 model priced from $55,505, it’s safe to assume the next-generation car will fetch around $58,000 before options. 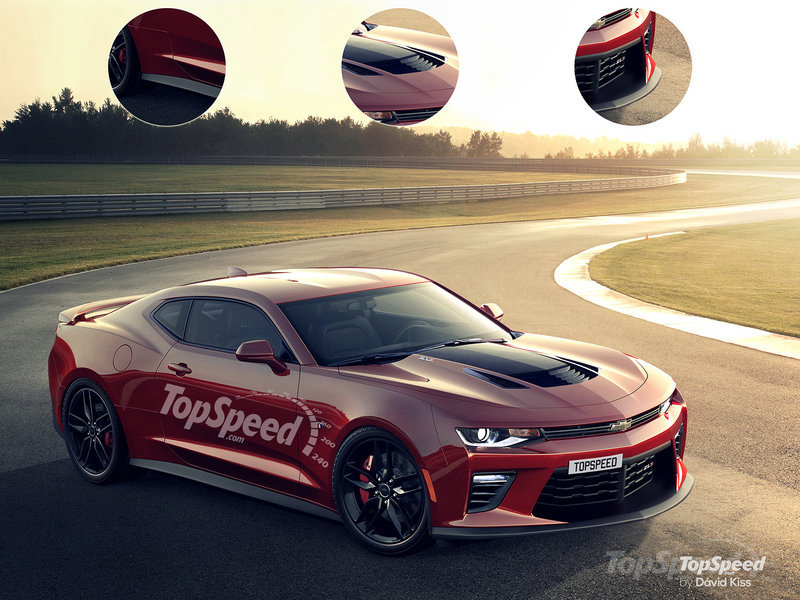 This article was sent in by TopSpeed.com for us to repost here on CamaroNews your #1 news source for everything Camaro!