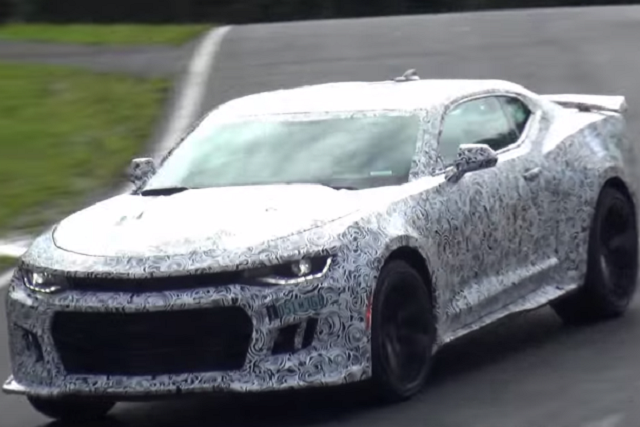 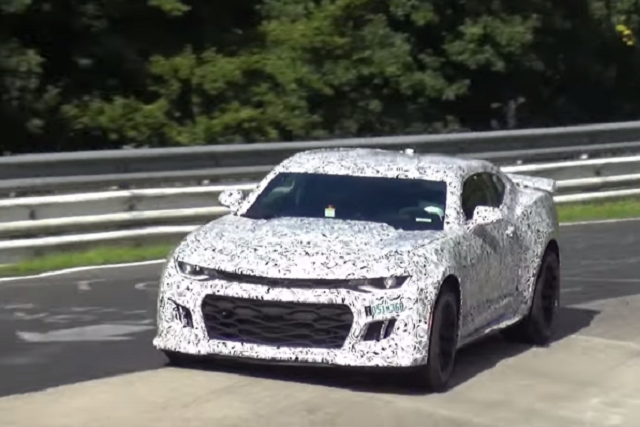 CamaroNews – We have all watched the tests at Nurburgring, we have watched countless hours of spy shots. Chevrolet has been to quiet and we know something has to be special about the Detroit Auto Show. Remember Chevrolet and the Camaro Team are proud that the new Camaro Six is built right in it’s home town, which has not only made Michigan proud, but really made the MotorTrend Car of the year strive to kick Mustangs Ass. No matter how you put it The Camaro Team has really done their home work with countless hours and a team that keeps really good secrets. The latest rumors are that Chevrolet will show at least one of these models at the 2016 North American International Auto Show in Detroit. When the curtain lifts in just a few weeks we could see both a coupe and convertible version of the ZL1 debut. We are getting rumors of a 700 HP ZL1 with killer test times that has the ford guys worried as their poor GT350 has issues getting traction.

We are also hearing rumors of a special engine that will put out some domination times that will make you say take my money. We have for months waiting to hear if they will bring back the 1LE that was a huge success for the chevrolet brand, which in our minds was the best bang for the buck in the 5th generation and one day will be a collector in our minds. The 5th Gen ZL1 they just made to many and the production numbers where triple that of the 1LE. There is a website that thinks otherwise and you can check out the 5th Gen ZL1/1LE Registry anytime as it’s live on the internet. As for the Camaro Six ZL1/1LE we will have to site back and wait and see what happens. We have also heard the Turbo model will be shown at Detroit and besides you have to admit we really want to drive one and see if it can drift like Chevrolet has shown!

Make sure to check out Phastek our new sponsor, as they have awesome camaro deals everyday! 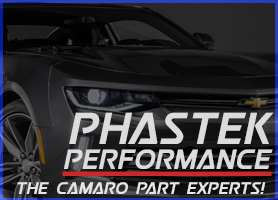