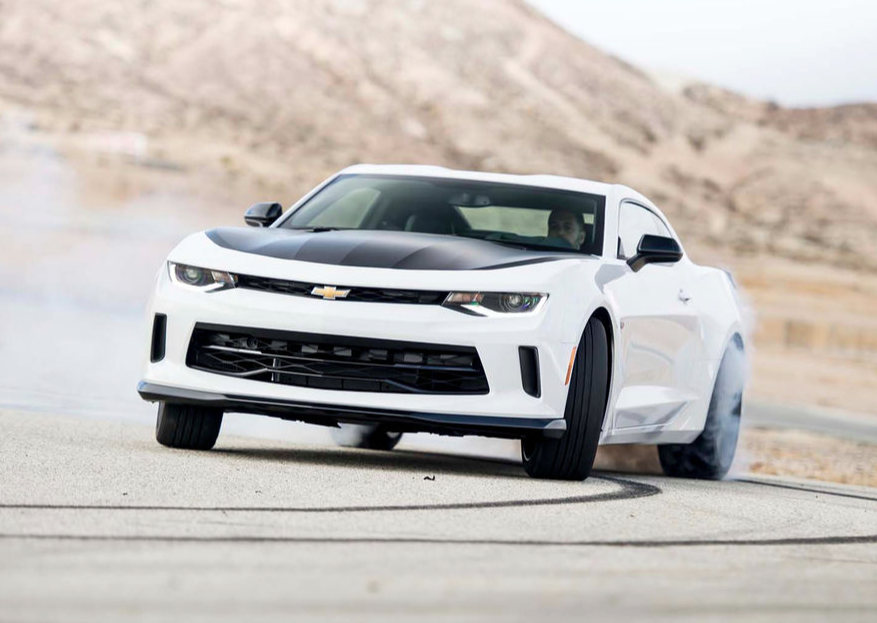 As soon as I put the V-8-powered version of the Camaro 1LE through the figure-eight test, I knew Chevrolet had accomplished something special. A week later, the rest of the Motor Trend staff verified my impressions by voting that car fourth place out of 12 world-class contenders in our 2016 Best Driver’s Car extravaganza, beating the Dodge Viper ACR and Audi R8 V10 Plus among others. So we were naturally curious how the V-6 version would do.

The first thing you need to know about the Camaro 1LE V-6 is that the front end never gives up. Go ahead. Try to force this car to understeer. I’ll wait. The steering itself is also exemplary, especially in Comfort mode, where the adjustable weighting seems to be just about right. What’s nice is that you can decouple the steering from the chassis mode. Sport or Track modes are a must for fancy driving, as the stability control is too intrusive if you just leave it in Comfort. The car is such a great handler that you can turn the nannies off with a high degree of confidence.

Instead of the Goodyear Eagle F1 Supercar 3 tires that ship with the V-8 version of the 1LE, the V-6 comes on Eagle F1 Asymmetric 3 tires. These are still sticky summer tires that feature plenty of grip. Despite being naturally aspirated, the throaty 3.6-liter V-6 makes a healthy 335 horsepower. Remember when people gasped when V-8s made that number? Disappointingly, though, torque is rated at 284 lb-ft and is the top reason why you should opt for the V-8. Nonetheless, most of us agreed this motor sounded racy for a V-6 at redline.

Differences between the V-6 and the V-8 1LE might be more than you (and we) were expecting. The V-6 does not have Magnetic Ride Control shocks, does not possess the aforementioned better tires, does not have the borderline-magic eLSD rearend, and does not have the bigger, upgraded brakes. Because the torque is what it is (low), the V-6 1LE does not have the sweet Tremec T6060 shifter of the V-8 Camaros. The 2-3 shift might be the single worst part of the car, at least in Randy Pobst’s opinion.

The Camaro 1LE is a special car—excuse me, the Camaro SS 1LE is a special car. But the V-6-powered version, despite the 1LE name, is missing a lot of that hardware. Of the SS 1LE gear, the Camaro 2LT 1LE gets none if it; it gets the stock Camaro SS’ suspension and a tall-geared mechanical limited-slip diff. It has less sticky tires, less aggressive Brembo brakes, and a different six-speed manual.

The 335 horsepower from a V-6 should put a smile on your face, but it’s mated to a sloppy, slow gearbox with long gear ratios that makes the car feel heavy and lazy. The Camaro’s steering also doesn’t do what the SS 1LE’s does; the front wheels don’t communicate what they’re doing until after the tires give up. The chassis never does the neutral dance through corners that we’ve come to expect from Camaros.

The Camaro 2LT 1LE might be great in a world without the V-8 version. But it has its big brother breathing down its neck, and it’s not a lot more money. After all, “You can choose your friends, but you can’t choose your family.” – Christian Seabaugh 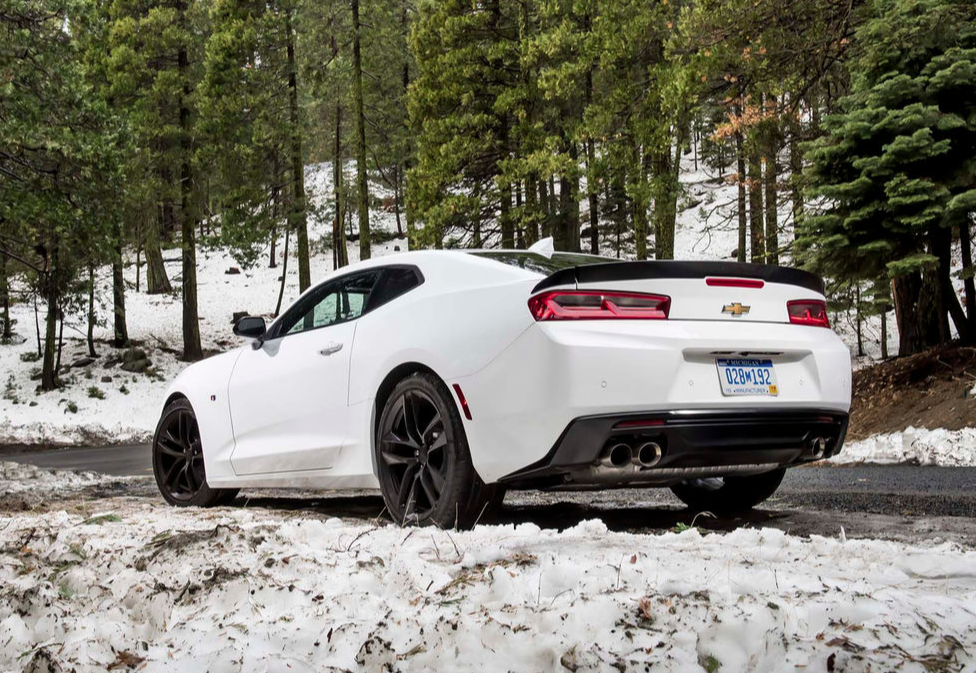 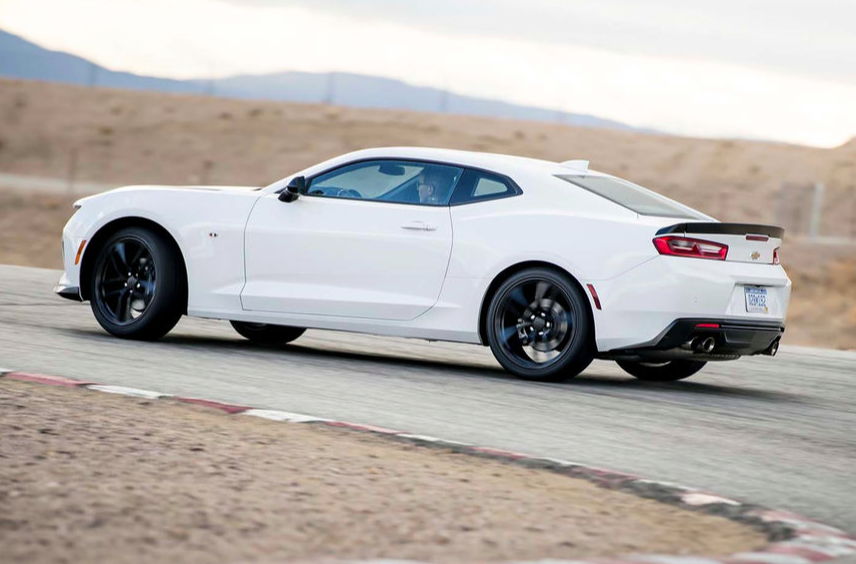 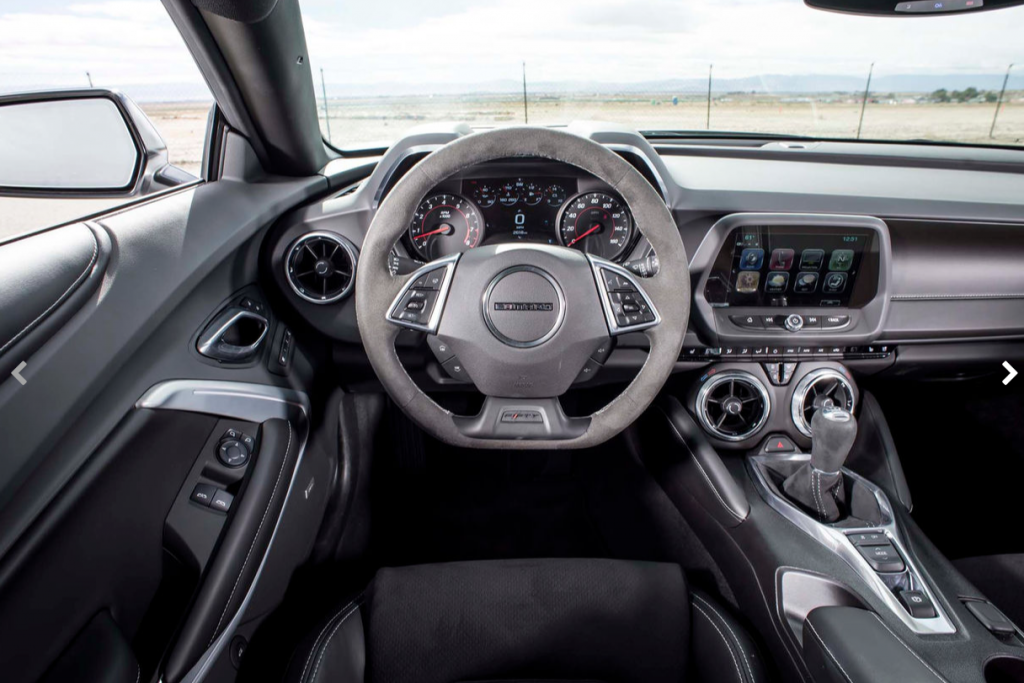 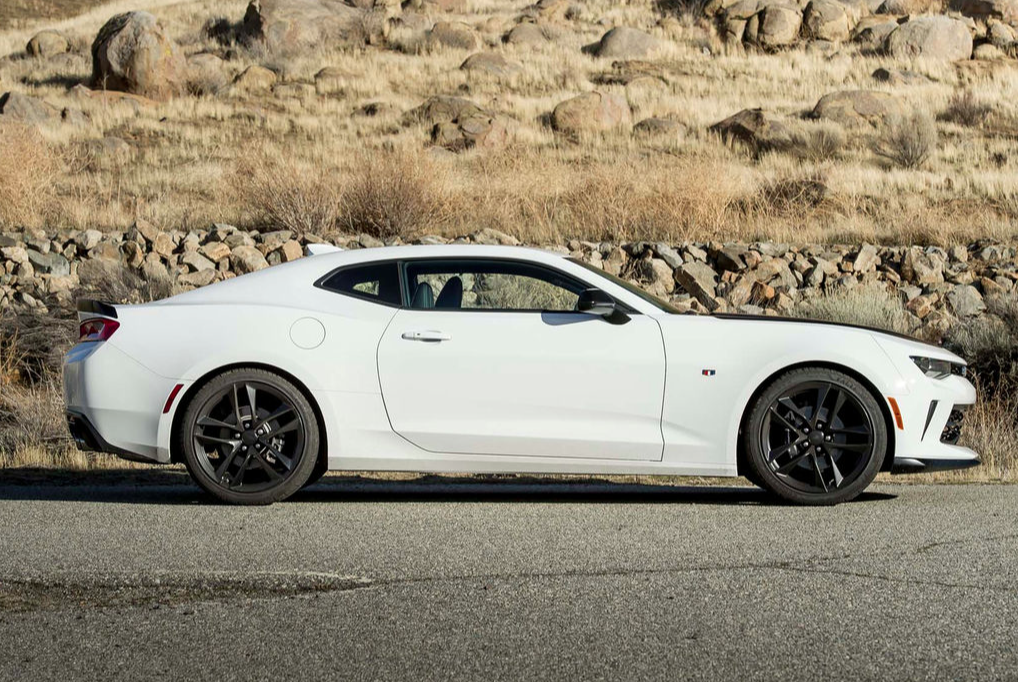 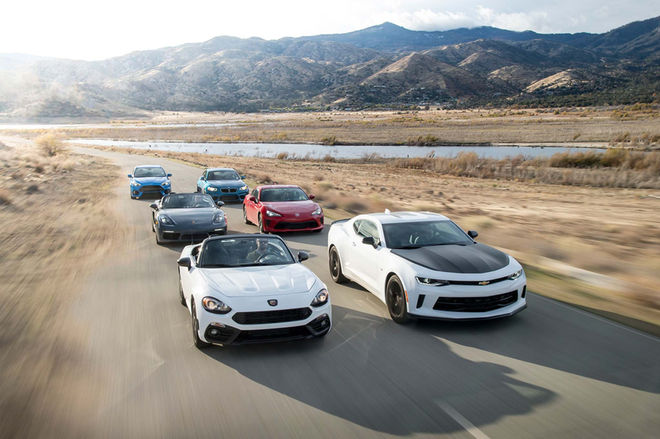